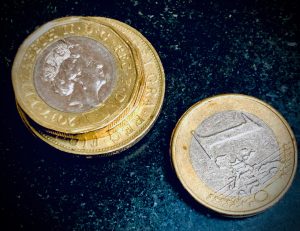 The report, released on May 14, 2021, notes that April’s financing volume was more than €14 million and the German market has become the primary contributor of new projects on their platform.

During the month of April 2021, EstateGuru reports financing €5,5 million in loans in Germany, with Lithuania “coming in second at €3,9 million worth of loans financed.” The platform’s  investors’ “outstanding loan portfolio grew to nearly €150 million,” the report revealed.

As mentioned in the update from EstateGuru:

“The portfolio’s size grew due to the fact that our repayment amount was lower than the new loan amount. In April, borrowers repaid a total of €8,8M of loans (a total of 64 loans with an average return of 10,8%).”

“One of the Estonian defaulted loans where we were awaiting repayment (successful auction) has now been recovered (€0,2M). In Lithuania, we recovered the only defaulted loan in that market with the sale of the claim (€0,9M). There was no major progress in Latvia or Finland during the last month in terms of loan recoveries.”

As stated in the report,

As covered recently, EstateGuru returned to Seedrs to raise up to €1 million in equity capital. The offering went live in private mode on May 5th and quickly topped €500,000 in funding.

Since platform launch in 2014, EstateGuru has expanded operations to 8 different countries, facilitating more than €355 million worth of loans returning €25 million in interest payments. Loans originated on the crowdfunding platform all secured by property. EstateGuru states that its ultimate goal is to develop a digital, borderless ecosystem for real estate financing and investing.