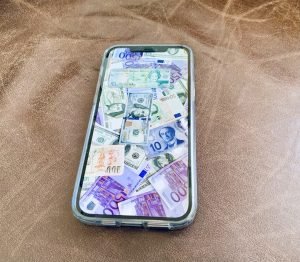 YIELD App, which provides a convenient way to invest in decentralized finance (DeFi) using crypto-assets or traditional currencies (regardless of your financial or tech expertise), has teamed up with DeFi insurance protocol Steady State.

As noted in an update from YIELD App, they’re looking forward to working with Steady State, an insurance protocol that aims to transform the DeFi and cryptocurrency protection landscape.

At present, Steady State is in its initial stages of development. The platform’s developers claim they’re pioneering a new model in DeFi insurance that will insure platforms and protocols “against a comprehensive range of risks.”

Steady State plans to offer such services by leveraging a data-driven risk-modeling process that’s “governed and deployed” via smart contracts, “finally meeting DeFi with an insurance solution as innovative as the platforms and protocols it seeks to protect.”

“DeFi has witnessed explosive growth over the past 18 months, with total value locked now standing at $60 billion from a little over $700 million in January 2020. With this explosive growth, however, has come increased risk, and a number of platforms and protocols have been subject to hacks and exploits that have cost their users millions.”

In order to address risks associated with new DeFi projects, a number of protocols have been developed that provide “varying levels” of insurance to DeFi users.

According to the announcement, none of these services are able to meet the unique requirements of DeFi platforms, with “most covering a narrow range of smart-contract-based risk events and putting the burden of insurance on the user, rather than the provider.” (Note: other new DeFi insurance projects have made similar claims.)

“Steady State aims to solve this by developing a unique, quantitative insurance model that is capable of collecting and analyzing a vast set of data on hacks and exploits to develop complex risk models that will allow for accurate, customized pricing of insurance at a platform level.”

In addition, this ecosystem will “run on and be governed by smart contracts — allowing DeFi insurance to meet the same level of trustless and efficient automation that has been the driving force behind the providers it seeks to insure,” the announcement confirmed.

It also mentioned that this data-driven, automated system will enable insurance coverage at a “DeFi provider level.” Additionally, it will aim to “remove the inherent conflicts of interest and biases that are an inevitable result of the current DeFi insurance landscape.”

“YIELD App, which to date supports more than 40,000 users globally to invest their USDT, USDC and ETH for an APY of up to 20%, is supporting Steady State with the view to becoming one of its first customers.”

“We have long been of the view that the DeFi insurance market is lacking. Our search for an adequate protocol for our own platform led us to take an interest in Steady State, which we believe has the potential to transform the cryptocurrency protection landscape.”

“As we have commented before, the one major factor holding back mainstream adoption of cryptocurrency is its risk profile. While no investment is risk-free (even, or especially cash in some regions) a high number of hacks and exploits has been discouraging for new users that might be convinced to enter the market if their assets were adequately insured.”

Steady State will let anyone take part in its insurance ecosystem, with users of “any size able to stake assets inside the coverage pools of individual protocols in return for a premium.”

Although these assets are locked, users can trade their stakes on a secondary market, “facilitating a fully liquid environment that can support and strengthen the entire protocol.”

“Holders of Steady State’s native token will also be able to participate in governance of the protocol, allowing for a comprehensive arbitration system able to assess and process a multitude of claims. Token holders will be able to earn additional tokens through liquidity mining incentives and by staking on the protocol once launched, and also earn rewards based on a percentage of fees earned by the entire protocol.”

Steady State’s risk-based approach is similar to methods found in typical insurance markets, where “a full and complex understanding of risk allows institutions to provide adequate cover for providers and their customers.”

Utilizing the tools of DeFi, however, Steady State will “create a rewarding, 360-degree ecosystem in which users are able to become stakeholders at any insured platform.” Secondary trading opportunities should help with further strengthening the Steady State offering and also help with supporting the full ecosystem.

“Steady State is what every member of the DeFi community has been waiting for: an insurance product that understands and can accurately price the risks faced by platforms and their users. It shouldn’t be down to individuals to cover their assets in arbitrary pools — we need a system that looks a lot more like traditional finance to help reach everyone that stands to benefit from the new economy emerging on the blockchain.”

“We have been working closely with YIELD App from our earliest stages and will continue to do so over the coming weeks and months to develop and deliver a product we believe will break new ground in DeFi and cryptocurrency more widely.”