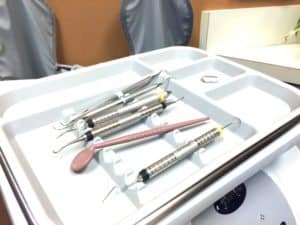 Last week, the Securities and Exchange Commission (SEC) issued a complaint alleging that Edgar M. Radjabli, of Boca Raton, Florida, and for engaging in securities frauds that involved the offering of a digital asset – Apis Tokens. According to the SEC complaint, Radjabli – who previously worked as a dentist – offered tokenized interests in a firm he controlled Apis Capital. The SEC claims that Apis Capital issued a June 2018 press release falsely claiming that the Apis Token offering had raised $1.7 million when, in fact, the offering had raised no money.

Radjabli and Apis Capital have agreed to settle the allegations with the SEC without admitting nor denying the SEC charges.

The SEC complaint further alleges that Radjabli and Apis Capital manipulated the securities market for Veritone, Inc., a publicly-traded AI firm company, by announcing in December 2018 an unsolicited cash tender offer to purchase Veritone for $200 million, when, in truth, Radjabli and Apis Capital lacked the financing, or any reasonable ability to complete the deal. The SEC states that Radjabli allegedly generated $162,800 in illicit profits on the resulting increase in Veritone’s stock price by trading Veritone securities on behalf of Apis Capital and an affiliated fund.

Additionally, the SEC complaint alleges that Radjabli raised nearly $20 million from more than 450 investors in an unregistered, fraudulent securities offering launched in August 2019, through My Loan Doctor LLC (Loan Doctor).

The SEC alleges that Radjabli falsely represented that investor funds raised by Loan Doctor would be used to originate loans to healthcare professionals which then would be securitized and sold to large institutional investors. Instead, Radjabli invested the bulk of the investor funds in unsecured and uninsured loans to digital asset lending firms and loaned almost $1.8 million of investor proceeds to Apis Capital.

The defendants have agreed to settle the charges against them, without admitting or denying the allegations in the complaint. The settlement, which is subject to court approval, would require Radjabli to pay a total of $600,000 in monetary relief, comprised of $162,800 in disgorgement, $17,870 in prejudgment interest, and $419,330 in civil penalties, for which he, Apis Capital, and Loan Doctor would be jointly and severally liable based on Apis Capital’s and Loan Doctor’s respective roles in the three frauds.

The settlement would also permanently enjoin Radjabli, Apis Capital, and Loan Doctor from violating the charged provisions of the federal securities laws, impose a conduct-based injunction and penny stock bar on Radjabli, and bar Radjabli from the securities industry.