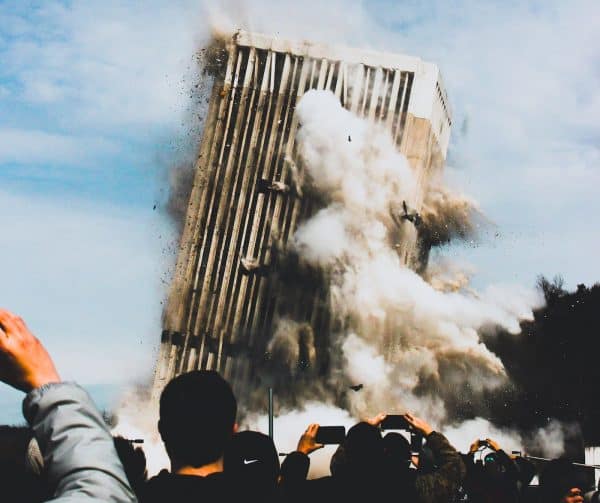 Iron Finance was left to explain itself today after a “bank run” left its TITAN token worthless, leaving investors including Mark Cuban to wonder what happened.

Cuban was a liquidity provider in decentralized exchange QuickSwap. He announced his participation just four days ago but has already gotten out.

“I got hit like everyone else,” Cuban tweeted this week. “Crazy part is I got out. Thought they were increasing their (total value locked) enough. Than (sic) Bam.”

I got hit like everyone else. Crazy part is I got out, thought they were increasing their TVL enough. Than Bam.

In a post earlier today Iron Finance attempted to explain what happened.

“We never thought it would happen, but it just did,” they said. “We just experienced the world’s first large-scale crypto bank run.”

The trouble started around 10 a.m. UTC yesterday when some whales started withdrawing liquidity from IRON/USDC, selling TITAN to IRON, and selling IRON to USDC directly to liquidity pools instead of redeeming IRON. While not the first off-peg in IRON history it was likely the worst.

“The protocol and the code functioned as usual, and while we were monitoring the blockchain activity, we thought it’s just another correction prior to recovery,” the company said. “In fact, IRON was already off-peg at least a dozen times in its entire history, while our share-tokens (STEEL and TITAN) crashed much harder over previous weeks. Things not only seemed battle-tested — they were. Users remained calm and trusted in the code, so did we.”

Iron Finance has studied similar occurrences and made alterations to their underlying technology, they added

Five hours after the initial run, another occurred, but this time users panicked, Iron Finance said. They redeemed IRON and sold TITAN. A negative feedback loop resulted in even more TITAN being created, which further depressed the price.

“A classic definition of an irrational and panicked event also known as a bank run,” Iron Finance said. “At the time of writing this, the TITAN supply is 27,805 billion.”

A few times TITAN’s price was so close to zero that some transactions were reversed. Those wishing to transact may resume activity at 5 p.m. UTC.

“What we just experienced is the worst thing that could happen to the protocol, a historical bank run in the modern high-tech crypto space,” the statement read. “Remember that Iron.finance is a partially collateralized stablecoin, which is similar to the fractional reserve banking of the modern world. When people panic and run over to the bank to withdraw their money in a short period, the bank may and will collapse.”

Iron Finance committed to a detailed protocol analysis from a third party.