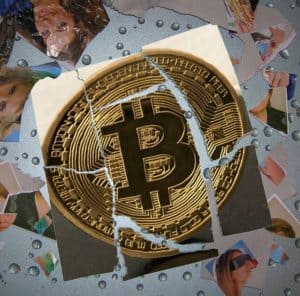 The BitOoda team also mentioned that the “slow ascending trendline” of Bitcoin’s price movements has “not provided much-needed support.” According to the company, the psychology of the “levered players” is shifting as well.

The research analysts pointed out that the 15-day realized volatility for Bitcoin “continued to taper to 88% from 126%.” As noted in the report, consolidation has “put some pressure on implied volatility, but traders are not giving up on movement yet.”

In another update, BitOoda confirmed that Tom’s Hardware and other sources reported: “on miner approval of the ‘Taproot’ update in the previous difficulty epoch — a positive development, by our assessment.”

The Taproot update is expected to take place in November 2021 and aims “to improve privacy and efficiency, and most importantly, enable the potential for smart contracts.”

As mentioned in the BitOoda report:

“The Chinese government continues to crack down on cryptocurrencies and mining. The latest orders restricting mining in parts of Yunnan province are in part to improve enforcement of capital controls, improve RMB currency protections, and strengthen the use case for the digital Yuan.”

“We expect Hashrate to continue to fall over the next several months: we estimate that China accounts for about 50% of global Hashrate, and most of that will likely go offline over the next few months, as we noted on 5/26.”

The report pointed out that hashrate had fallen in two consecutive epochs, “with a potential to fall below 100 EH/s if the ban is fully implemented.”

Although Chinese miners and those operating across the globe have fairly large shipments on order, BitOoda thinks there’s now “a shortage of transformers and substations and other long-lead-time infrastructure that will make powering the expected future shipments challenging — apart from any existing mining equipment that may be able to be taken out of China.”

According to the report, this makes for “improving miner economics, with improving Bitcoin flow / PH/s, as well as the potential for falling equipment prices.”

“The recent difficulty reset on 6/13 saw target Hashrate falling roughly 5.3%, with block counts and observed Hashrate 30–50 EH/s below target during the last few days of the prior epoch. This points to likely further target rate declines at the next reset.”

The report also mentioned that the Bitcoin mining revenue “increased to $252 / PH/s per day and $274/MWh due to the slight price recovery, and the Sunday reset drove improved BTC flow / PH/s.”

The report further noted that “correspondingly, the BitOoda North American Hash Spread™ rose 16% WoW from $211 to $245.” As covered, the company defines the BitOoda Hash Spread™ as “the difference between the cost of power per MWh and the Bitcoin mining revenue per MWh.”

BitOoda explains that this gives miners “a quick sense of the surplus generated by their business to cover personnel, overhead, depreciation, and profit.” Bloomberg data shows “a weighted average around the clock U.S. wholesale industrial power price of $28.65 / MWh, leading to an aggregate spread of $245 across 5 power markets,” the report added.