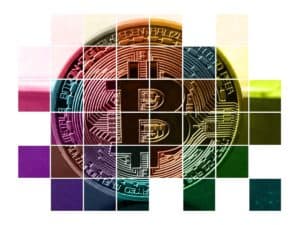 The team at NYDIG, a financial services and technology company dedicated to Bitcoin, has taken a look back at the second quarter and the events that “shaped it,” as well as looking forward to key events in the foreseeable future.

The report from NYDIG acknowledges that Q2 2021 was quite tough, as it was Bitcoin’s “weakest 2Q ever and one of its weakest quarters since 2011.” The report added that it’s important to put the second quarter in proper context, as BTC just came off 4 straight quarters of “stellar” performance.

The company added that even after the fairly tough 2Q, Bitcoin is still up more than 19% YTD, which makes it “one of the best-performing assets” of this year. NYDIG also mentioned that headlines dominated the past quarter, which  included Tesla’s “about-face,” China‘s crackdown, El Salvador‘s adoption, Taproot activation, and many banks and banking partners getting ready to enable customer access to Bitcoin.

As stated in the firm’s report, China’s push on mining “resulted in precipitous drops in network hash rate and electricity consumption, but the network continues to operate as expected.” The company believes that Bitcoin will be in “a better place in the long term.”

While it’s a noisy metric, BTC dominance (the leading crypto’s share of the larger digital assets market) is “back on the rise after ceding ground during the rally in alts earlier in the quarter.” With the second quarter behind us now, there is “much to look forward to, including continuing adoption by institutions, activation of millions of traditional banking customers with the ability to buy bitcoin, and foundational technology upgrades,” the report added.

The company also mentioned that BTC had a very challenging second quarter, “finishing the period down 40.7%.” This not only makes 2Q21 “one of bitcoin’s weakest performing quarters since 2011 but also its weakest second quarter ever,” the report revealed while noting that the second quarter has “historically been a period of strong returns, with only two prior second quarters showing negative returns, reminding us that past performance is not indicative of future performance.”

“When contextualizing the weak performance in 2Q21, we think it is important for investors to keep in mind the recent performance of bitcoin. Even though bitcoin was down 40.7% in the quarter, it had just come off four consecutive quarters of strong performance. Given this string of winning quarters, we do not find it surprising that investors used the period to realize gains.”

The report further noted that even though it was a difficult second quarter, BTC is up nearly 20% year-to-date, making it “one of the best performing asset classes of 2021 to date” and performance is now “more in line with traditional asset classes.”

“Bitcoin and the ecosystem had a several positive items during the quarter. El Salvador became the first nation to accept bitcoin as legal payment, the most significant technology upgrade in four years, Taproot, was approved by miners and will go into effect in November, and numerous banks and bank technology providers, including FIS, Fiserv, NCR, and Q2, are working to enable access to bitcoin through traditional banking venues.”

“On the flip side, Tesla’s about-face in accepting bitcoin for payment, increasing environmental concerns regarding mining, and China’s crackdown on trading and mining weighed heavily on bitcoin during the quarter. We continue to think the elimination of the China overhang will ultimately be good for bitcoin and migration of hash power out of China allows the industry to make bitcoin mining greener and more efficient.”

Bitcoin’s declining hashrate due to the China cryptocurrency mining crackdown has understandably been one of the most widely discussed topics this past quarter. With almost a 70% reduction from the peak, BTC’s hashrate underwent a “severe correction” as China continues to make an aggressive push to shut off crypto mining in “every major province,” the report noted.

Although it still remains to be seen when and how exactly that hashrate will recover, along with the reduction in the hashrate has come a fast reduction in overall electricity consumption.

Data from the Cambridge Centre for Alternative Finance suggest that electricity usage had fallen 55% from the peak “of 143.9 TWh to 64.7 TWh at the end of June.” Investors should “rest easy that even though the hash rate has come down, bitcoin is still very secure and bi-weekly difficulty adjustment ensures that blocks continue to be produced at regular intervals,” the report added.

Throughout Q2 2021, NYDIG reveals that they received many questions about BTC’s “dominance,” its market capitalization as a percentage of the overall industry market cap.

As stated in report, dominance tends to a “noisy signal” as the denominator in the measurement, the size of the industry market cap is “not stable in terms of the number of constituents,” the report clarified.

The report also mentioned that the crypto space is “secularly growing, and new assets are created, launched, or come into existence daily.” According to the company, this makes comparing dominance levels from cycle to cycle “a challenge, but we do think there is some information to glean about cycles and investor preferences from the change in dominance.”

As stated in the report, BTC dominance had taken its first “steep drop in spring 2017, amidst the rise of Ethereum and sudden overnight retail frenzy for alts (alternative currencies), like Litecoin and XRP.” Dominance hit a local low in mid-2017 as the Initial Coin Offerings (ICOs) mania reached its peak, and BTC  struggled “ahead of the Bitcoin Cash fork.”

As noted by the NYDIG team:

“With the Bitcoin Cash fork behind it, bitcoin rallied into year-end, peaking in price in mid-December. Bitcoin dominance hits a cycle low in mid-January 2018, as Ethereum prices reached their cyclical peak nearly a month after bitcoin. During the 2018 drawdown, bitcoin regains dominance as alts fall more than bitcoin, proving their riskiness during the risk-off environment.”

“Bitcoin continues to rally in 2019, gaining dominance, as the asset is up over 90%, while major alts like Ethereum end the year down. Bitcoin dominance breaks through 70% in early January 2021 amidst stellar performance throughout 2020. Bitcoin dominance drops below 40% for the first time in the cycle, as price consolidates while alts rally. Bitcoin regains dominance during the May and June market correction.”

Now, with the challenging second quarter finally behind us, NYDIG believes it’s critical to look ahead to some of the events that they think will be helping to shape the “coming months and quarters.”

On July 21, 2021, Elon Musk and Jack Dorsey are scheduled to have “the talk” at The B Word conference which will be hosted by The Council for Crypto Innovation, Ark Invest, Square, and VC company Paradigm.

As noted by NYDIG:

“Presumably “the talk” centers on Bitcoin’s energy consumption, an issue that Musk has aired many times online and the primary reason Tesla stopped accepting bitcoin for payment. Taproot, the most significant technical update to Bitcoin since 2017, will be activated on block 709,632 sometime in mid-November.”

The company added that the growing adoption of BTC as a financial asset by institutional investors “continues, with names of new well-respected investors in the news regularly.”

Many new Bitcoin ETF applications “continue to work through the SEC process,” the report confirmed. The activation of “millions of potential bitcoin customers through traditional banks and financial institutions is underway thanks to the efforts of our organization and our banking and technology partners,” the report added.

NYDIG also noted that “the secular growth case for the asset has never been clearer.”