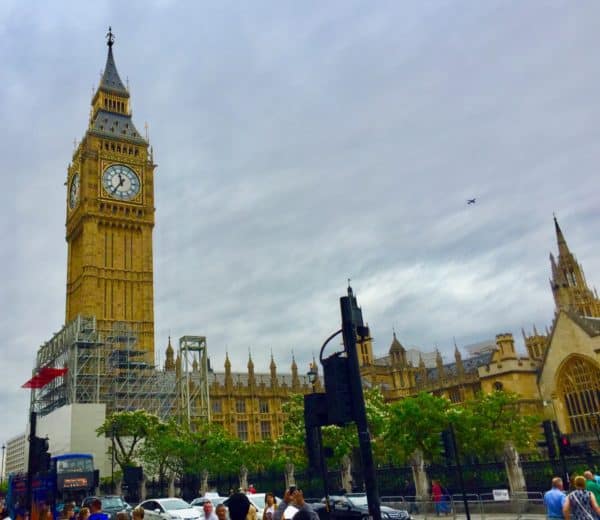 Ethereum (ETH), the world’s second-largest crypto platform, behind only Bitcoin (BTC) in terms of market capitalization, is set to undergo one of the most significant upgrades in its history.

The major Ethereum blockchain network upgrade is set to take place in a few hours (at the time of writing). The update should be activated at block height 12,965,000 on Thursday (August 5, 2021).

At present, Ethereum network users need to bid for how much they want to pay to have their ETH transactions that are picked up by cryptocurrency miners. Currently, Ethereum transfers are often too costly to conduct due to a lot of traffic on the leading smart contract platform.

But EIP-1559 aims to address this issue by automating the bidding system with a set fee amount that will change depending on how busy or congested the Ethereum network is at any given time.

According to Eric Conner, the co-author of EIP-1559 and co-founder at EthHub, the Ethereum update should be a good thing for every day or more casual users. In statements shared with CNBC, he said that EIP-1559 should make the blockchain and smart contracts platform more user-friendly.

One of the most noteworthy changes, which are included in EIP-1559, is that a part or portion of the TX fee will be burned, which means that it will be effectively removed from circulation. This should reduce the outstanding supply of ETH and that may increase the token’s price.

Meltem Demirors, CSO at CoinShares, notes that EIP-1559 is one of the most critical  Ethereum upgrades since its inception.

Although EIP-1559 should enhance the Ethereum ⁠ecosystem, which is well-known for its smart contract functionality that’s used to run DeFi apps as well as NFTs, it not too likely that there will be a significant short-term impact on ETH investors, according to Demirors.

But in the long-term, EIP-1559’s co-authors intend to make ETH deflationary by effectively reducing its supply. This might be quite “beneficial” for investors, Conner told CNBC, particularly when we consider the recent concerns about inflation in the US and other jurisdictions.

Demirors, however, pointed out that EIP-1559, by itself, will not make ETH deflationary.

She clarified that these expectations are a bit too optimistic in the short-term, but could become “more material” if we consider the long-term impact. Demirors further noted that the nominal amount of gas burned will not be able to outpace the expected network inflation.

EIP-1559 also will not reduce ETH gas fee prices or the cost of carrying out transactions on the leading smart contract platform. It’s worth noting that these fees are quite high at the moment and discourage certain smaller users from completing transactions.

Despite not being able to address all issues experienced by Ethereum users and the network, the upgrade is quite significant because it could enhance the DLT network’s user experience (UX) as well as lead to a surge in the ETH price.

Other major developments and innovations related to Ethereum are being developed at a rapid pace. As previously reported, Ethereum will be transitioning from a proof of work (PoW)-based blockchain consensus protocol to a proof of stake (PoS) consensus mechanism by early next year.

The PoS update will allow entities to verify/validate ETH transfers based on an algorithm that takes into consideration the number of digital coins or Ether tokens they hold. In a PoW-based network, miners are required to compete to solve mathematical puzzles so they can get a chance to validate transactions. PoS advocates often cite the lower energy consumption as being a primary reason to switch from the energy-intensive PoW model.

Jacobo Toll-Messia, the Founder and CEO at Nahmii AS, which is focused on providing layer-2 scalability solutions for Ethereum (ETH), told CI in an interview and detailed discussion:

“EIP-1559 will benefit Nahmii directly (along with all other on-chain use cases) by making the fees for our base layer interactions more predictable, which is of great importance, for example, for users moving assets into or out of the base layer Nahmii smart contracts.”

“But while 1559 makes the base layer fees more predictable, it is not likely to make them significantly cheaper. That is one of the areas where Nahmii truly adds value. Nahmii’s fees are both cheap and predictable. Additionally, the deflationary impact of 1559 in burning fees could drive an increase in the value of ETH. If it does, transacting via Nahmii (with low costs and denominated in the transaction currency) becomes extremely attractive.”

“It should be noted that another possible consequence of EIP-1559 is pressure on miners to further focus on miner-extracted value (MEV) as a mechanism for replacing transaction fees. This is likely to drive users to platforms such as NiiFi (a decentralized crypto exchange) that have been built on top of Nahmii in preference to other base layer applications. This is because, unlike other base layers, Nahmii does not allow miners to either view or reorder transactions prior to their execution. As a result, there will be no opportunity for front running or sandwich attacks on Nahmii-based exchanges.”

He also noted that with regard to Ethereum’s transition to Proof of Stake, the roadmap has “evolved over the last year.” Layer 2 solutions such as Nahmii have become “an integral part of the plan for delivering the increased throughput needed for the long-term adoption of Ethereum,” he revealed.

According to Toll-Messia, this change in approach, “along with the success of staking as a security layer, are both extremely beneficial to Nahmii.” He explained that “the first promotes adoption, the second ensures that the user’s funds are secure (as Nahmii leverages the base layer security).”

He pointed out that “one area that deserves greater analysis is the interaction and integration of Staking Validator Services and Layer 2 providers.” He acknowledged that there are “obviously both benefits and potential conflicts of interest and it is an area we at Nahmii are looking at carefully.”

In May of this year, Arash Ghaemi, Director of Strategy at Two Prime Digital Assets, a “trusted” investment partner to HNWIs, family offices, institutions, and corporate treasuries seeking “intelligent” exposure to Bitcoin (BTC) and Ethereum (ETH), had argued that there are several potential reasons why ETH can be “a higher upside” treasury reserve asset than BTC.

As covered earlier this year, the developers of YIELD App, which allows users to deposit various crypto-assets and earn competitive returns, have published a blog post that covers the controversial Ethereum Improvement Proposal or EIP 1559, the ongoing Ethereum “miner revolt” and “what it all means” for decentralized finance (DeFi).

The YIELD App team notes that billionaire Mark Cuban has compared today’s blockchain or distributed ledger technology (DLT) space to “the early days of the Internet.” According to YIELD App’s blog, “much is true about this comparison, not least the increasingly sluggish speeds seen on Ethereum.”

YIELD App, which recently began allowing users to earn up to 20% APY (not available in the US, only in very limited jurisdictions), points out that the main chain of the crypto-economy is plagued by “sky-high transaction, or ‘gas’ fees keeping average people out of DeFi.”

YIELD App’s blog further notes that the highly-anticipated system-wide update to Ethereum 2.0, which will see the DLT network transition from Proof of Work (aka mining ETH) to Proof of Stake (holding ETH), will be “a true game-changer comparable to broadband replacing 56k dial-up modems.”

But for now at least, Ethereum 2.0 “remains a distant prospect,” the developers claim.

“In the meantime, developers are working to bridge the gap with Ethereum Improvement Proposal 1559 (EIP-1559), also known as “The Fee Burn Proposal.” The proposal is set to be implemented during the so-called “London hard fork” … and is intended to reduce congestion and improve user experience. Despite these improvements, though, EIP-1559 has seen a backlash from many in the mining community.”

As previously noted by CoinMetrics, EIP-1559 is set to go live in early August, and “there’s another potential consequence of lower gas prices: less transaction fees burned after the onset of EIP-1559.” 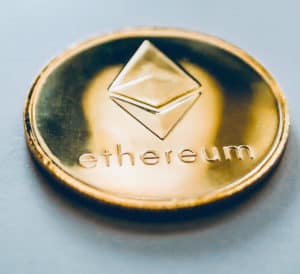 The report clarified that there is no way to actually know “exactly what percent of fees will be burned compared to what percent will go towards tips once EIP-1559 goes live.”

Although the estimated annual inflation rate could have declined to less than 2%, while there were high fees in March and early April, it’s now “increased to above 3.5% (as of early July 2021) following the fee drop in May,” the report noted while adding that this would still be “significantly below ETH’s current annual inflation, but it would not be as low as previously estimated.”

But fees will likely continue “to fluctuate over time,” the Coin Metrics team believes and they also noted that “if the amount of total fees eventually goes back up ETH’s annual inflation will decrease thanks to EIP-1559’s fee burn mechanism.”