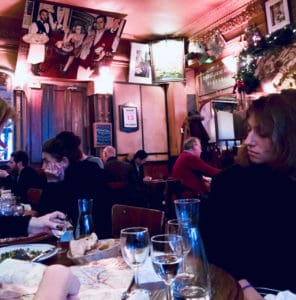 TiPJAR notes that they have a “powerful,” HMRC cleared, distribution engine “empowering staff to control & share tips fairly & transparently.” Already live in more than 1650 venues in the United Kingdom, this is “tipping, as it should be,” the company claims.

Here are some of the key business highlights:

As noted by the company, this is tipping, “as it should be.” Direct, transparent and “staff-controlled.”

The Fintech firm also mentioned that its tap-to-tip innovation ensures that 100% of tips should “always go directly to staff.” You can leave a tip in 5 seconds and there’s no app needed to use the service.

“TiPJAR is a solution for customers to tip workers in <5 seconds via their phones. No app required. Initially designed for hospitality staff, now with other tipped workers such as buskers & hairdressers using the platform too.”

The company says that it aims to address the following:

“We’ve used tech to allow customers to tip staff & groups of staff directly, this transparency gives consumers confidence that the money goes to who it was intended & removes the businesses’ liabilities, the burden of complying with tax legislation & reduces the cost of running a compliant tronc systems.”

“We’ve estimated the global tipping market to be worth a combined $100bn per year. We’re the world’s first multi-currency, scalable solution, that allows us to work quickly to help solve this problem across multiple countries.”

Since their first raise in 2020, TiPJAR has received clearance from HMRC “defining digital tips equivalent to cash, launched in the US with a partnership with Visa, launched in the EU, launched a dedicated tipping device ‘TAP TO TIP’ & became the first tipping solution to use open banking.”