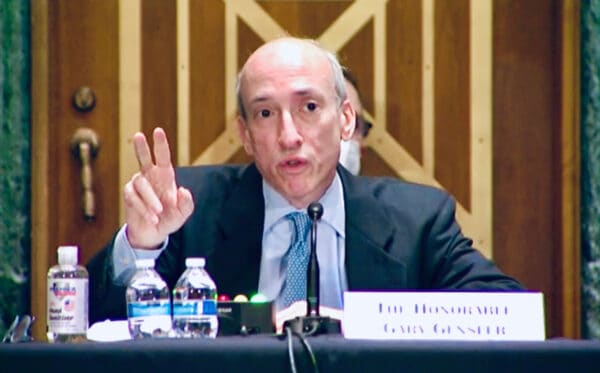 SEC Chairman Gary Gensler marched up to Capitol Hill yesterday to testify in front of the Senate Banking Committee in a hearing entitled “Oversight of the U.S. Securities and Exchange Commission”.  Gensler outlined his ambitions at the SEC in his prepared remarks.

Senator Sherrod Brown, Chairman of the Committee, focused his introductory comments on a financial system that has “catered to the big guys,” emphasizing the need for greater regulation while lambasting the actions of the last administration. 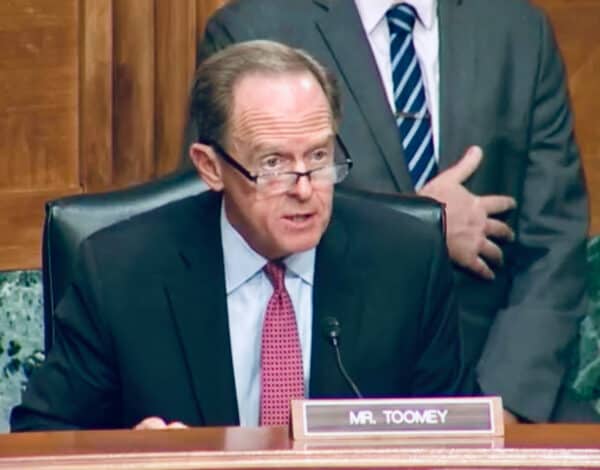 Regarding cryptocurrency, an area that the SEC has struggled to regulate and craft bright-line rules, Toomey criticized Gensler once again for the Commission’s vague approach, a posture that has been bemoaned by industry participants.

“Based on your public statements, you believe that some are securities but others are not. So, I am frustrated by the lack of helpful SEC public guidance explaining how you make this distinction. What makes some of them securities and others not?” Toomey asked.

While noting that the SEC is in the habit of providing private guidance to potential digital asset issuers and crypto firms, Toomey asked why Gensler and the SEC does not simply let their views be known and provide transparency to the emerging sector of Fintetch.

“Why wait to make the SEC’s views known only when it swoops in with an enforcement action, in some cases years after the product was launched?” said Toomey.

Regulation by enforcement will crush domestic innovation and, perhaps, compel Fintech innovators to move elsewhere. While supporting regulation when necessary, Toomey requested clarity from the SEC asking Gensler to publicly announce what characteristics make a crypto a security or not, asking the Chairman “why wait?”

Gensler said that current law has established a very broad definition of a security and “Congress can change that.” 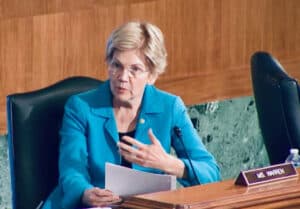 Senator Elizabeth Warren, a harsh critic of crypto markets and the financial services industry in general, outlined a hypothetical situation where a small investor had to pay an outrageous fee to sell Ethereum, meanwhile a small investor was unable to trade because “Coinbase was down.”

“Let’s say I put that $100 to purchase a new coin. Only available on a decentralized exchange. So I had to pay a fee of about $20. To buy a $100 worth of tokens. Because Twitter told me,” then asking how much would she have to pay to get out? Senator Warren stated that DeFi is decentralized in name only. “Does this sound like the path to financial inclusion to you?” the Senator added.

Responding to questions about the ability of the SEC to regulate crypto, Gensler said they need more money and more people, “many of these are securities under the law,” he affirmed. He added that there is strong coordination between regulators but there are ways that Congress can step in.

Of note, is the number two in the payment for order flow market, Virtu, countered Gensler on CNBC following the hearing. Doug Cifu, CEO of Virtu, was asked if investors are being harmed by this practice, one that is approved by the SEC.

“Categorically they are not,” said Cifu.

Cifu explained that 95% of brokers in the US do not take payment for order flow but they still route through wholesalers. The brokers that do route using payment for order flow still route solely on execution quality and price improvement – just like the others. Cifu added that there was $11 billion in price improvement in 2020 in zero commission trading in this country.

Is there excessive concentration in the market? Cifu said absolutely not as there are multiple participants in the market that are always attempting to take more of the market share.

“Every day they are nipping at our heels,” said Cifu, adding that in the past few months several other players have entered the marketplace.

Gensler has outlined an aggressive policy agenda with crypto, SPACs, gamification, the exempt offering ecosystem, and more on his list of issues to tackle. A report on gamification crafted by the SEC staff is forthcoming within the next month or so.

So will Fintech innovation in certain areas lose out to aggressive regulation? Will the digital asset sector suffer in the US due to potential regulatory reform or legislation from Congress? That appears to be the current direction of both the SEC as well as Congress under the guidance of the Biden administration.