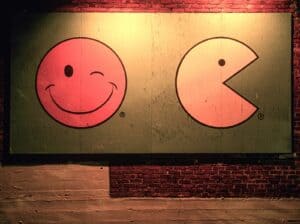 James Butterfill, Investment Strategist at London-based CoinShares, a digital asset manager focused on expanding access to the cryptocurrency ecosystem while serving as a “trusted partner” for its clients, notes in a blog post published on Monday (September 20) that for the week ending September 17, 2021, investors have been “shrugging-off the Solana attack with another week of inflows.”

As previously reported, Solana is a public or permissionless blockchain platform. It’s open-source and decentralized, with consensus achieved via proof of stake (PoS) and proof of history. Solana may support peer-to-peer (P2P) transfers with its native crypto token, SOL, and “claims to support 50,000 transactions per second.”

As noted in the weekly digital asset fund flows report from CoinShares:

“Digital asset investment products saw inflows totaling $42 million last week. Inflows were seen across all digital assets and signals what we believe to be continued improving sentiment amongst investors.”

Bitcoin (BTC) saw inflows of $15 million, the report revealed while noting that the flagship cryptocurrency has “suffered the most from negative investor sentiment with inflows in only 3 of the last 16 weeks.”

Meanwhile, Solana, which is trying to recover from a network outage resulting from a major DDoS attack, saw inflows of $4.8 million, the report noted while adding that this indicates investors “were happy to shrug-off the attack, seeing it as teething problems rather than something more inherent with the network.”

The report further noted that inflows were seen “across all digital assets and signals what we believe to be continued improving sentiment amongst investors and marks the 5th consecutive week of inflows.”

The report added that this improved sentiment could be “a seasonal phenomenon, but we are not seeing a commensurate rise in volumes in investment products.” This indicates that certain investors might be trying to take advantage of “recent price weakness sand the continued rise in alt-coin popularity.”

As stated in the CoinShares report:

“Over the course of 2021 its total market share of assets under management (AuM) has fallen from 81% (in January) to just 67% today. Ethereum and multi-asset investment products saw unremarkable inflows of $6.6 million and  $3.7 million respectively.”