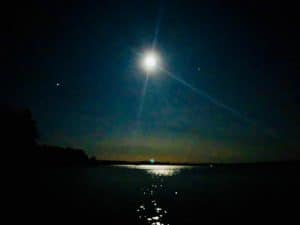 Minterest, a “value-capturing” lending and borrowing protocol developed to make decentralized finance (DeFi) fairer for end-users, has confirmed that it will be launched on Moonbeam, an Ethereum (ETH)-compatible smart contract parachain built on Polkadot.

As mentioned in an update shared earlier this week with CI, Moonbeam will offer recognized “world-class” technical support to help out with the protocol’s migration, while, in turn, Minterest will be serving as a magnet for “attracting liquidity onto Moonbeam’s parachain.”

In joining the Moonbeam ecosystem, Minterest is committing to “creating opportunities specific to the Moonbeam community, allowing them to engage with, and benefit from, the protocol,” the announcement noted.

“We have made a significant step forward in choosing to build on Moonbeam. After undertaking an extensive and strategic assessment of Minterest’s options, it became clear that Moonbeam was the perfect deployment destination, and by far the best fit for the next phase of the protocol’s development. Moonbeam’s developer-friendly approach and ability to provide a gateway to Polkadot and all of its native assets are just some of the reasons we chose Moonbeam.”

Created by industry professionals to service billions in total value locked (TVL), Minterest is reportedly the first lending protocol that aims to capture 100% of value “from interest, flash loan and liquidation fees which then get passed on to users.”

Unique features include “an automated on-chain liquidation process and a buy-back mechanism which automatically passes on revenue to contributing platform users,” the update revealed.

Moonbeam has made considerable contributions towards the development of Polkadot’s Ethereum Virtual Machine (EVM) and “boasts an impressive ecosystem, with over 70 projects committed to building on the platform,” the announcement added.

“By launching on Moonbeam, we are able to offer our users a product that combines the best of both worlds. Since Moonbeam is built on Polkadot, we gain instant access to world class network security, low gas fees, and all the functionality that Polkadot brings. At the same time, Moonbeam’s compatibility also enables our users to seamlessly access the protocol via existing Web3.0 wallets.”

“As DeFi protocols mature, they are being measured with some of the same financial metrics used to measure traditional company performance. One of these metrics is protocol revenue. Minterest’s approach to distribute all protocol revenue back to token holders is both unique and in keeping with the spirit of Web3. We are looking forward to supporting the Minterest team in growing their DeFi ecosystem on Moonbeam.”