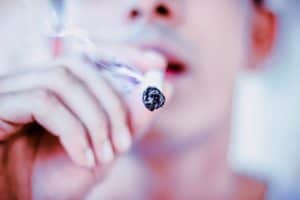 The Securities and Exchange Commission (SEC) has obtained final judgment on an enforcement action that involved a securities offering for an erstwhile marijuana-based firm. According to the SEC, on November 19, 2021, the US District Court for the Central District of California entered final judgments as to monetary relief against Guy Scott Griffithe and Robert William Russell, whom the SEC previously charged in connection with a scheme to defraud investors and misappropriate investment funds.

In January 2020, the SEC filed charges against Griffithe, Russell, and three companies they controlled, for an alleged scheme that defrauded investors who thought they were purchasing interests in a Washington-licensed recreational cannabis company.

According to the SEC’s complaint, Griffithe and Russell led investors to believe their investments in Renewable Technologies Solution, Inc. would be used to operate SMRB, a Washington company owned by Russell that held a license to grow marijuana under the state’s recreational cannabis laws.

The SEC explains that Griffithe allegedly spent investor funds on personal and unrelated business expenses, including payments toward several luxury cars for himself and a yacht for Russell, and deposited approximately $1.7 million into Russell’s personal bank accounts.

According to the initial filing, of the approximately $4.85 million raised from investors, Griffithe spent over $1.8 million for personal uses and other inappropriate expenditures for himself, Russell, and others, including payments towards:

e. $250,000 towards a 65-foot Pacific Mariner yacht bought by Russell and Sonja Russell,

g. Expenditures for Griffithe’s unrelated business ventures, including Bridgegate Pictures Corp. and other of Griffithe’s undertakings in the movie industry.

The SEC claims that to create the illusion that the marijuana business was profitable and paying dividends, Griffithe allegedly paid out purported profit distributions to some investors, which were partially funded in a Ponzi-like fashion using funds from other investors.

The SEC notes that Griffithe and Russell previously agreed to a bifurcated settlement, whereby the Court would determine any monetary remedies against them.

The judgment also permanently bars Griffithe from participating in the issuance, purchase, offer, or sale of any security in an unregistered offering by an issuer, and from acting as an officer or director of any issuer that has a class of securities registered or that is required to file reports pursuant to the Securities Exchange Act.

By stipulation of the parties, the Court dismissed from the case Defendants Renewable Technologies Solution, LLC, and Green Acres Pharms, LLC on March 18, 2021; Defendant SMRB, LLC on May 7, 2021; and Relief Defendant Sonja Marie Russell on July 13, 2021. The SEC states that the Court’s final judgments resolve the litigation.