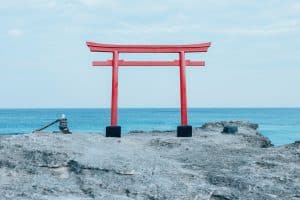 WeLab, a pan-Asian Fintech platform, has announced the acquisition of PT Bank Jasa Jakarta (BJJ), which is a commercial banking institution based in Indonesia, with plans to introduce its second digital bank in Asia “further to the successful launch of WeLab Bank in Hong Kong.”

WeLab, headquartered in Hong Kong, has “drawn wide-spread interest from existing and new investors who have already contributed US$240 million for this transaction, representing the largest fintech funding in Indonesia in 2021,” according to an update shared with CI.

The proceeds will be directed towards acquiring “the controlling stakes from its existing shareholders and tech investments.”

The announcement also mentioned that Indonesia “represents a huge opportunity to provide accessible and innovative digital banking solutions.” The Southeast Asian country, which has around 180 million tech-savvy younger consumers, is “one of the largest financially underserved markets in Asia,” the update revealed.

It’s being estimated that 77% of its population are “either unbanked or underbanked.” WeLab aims to help “bridge these unmet needs and close the financial inclusion gap with the new digital banking services,” the announcement explained.

WeLab intends to introduce this second virtual bank in Asian markets during H2 2022. It has the “head-start of being able to provide its proven technology, operational expertise and experience in building and operating a digital bank.”

It has also established presence in Southeast Asia since 2018 “through a joint venture with Astra International to operate a licensed online lending app, Maucash, which already has more than three million Indonesian users,” the update noted.

For this particular transaction, a WeLab-led consortium, Welab Sky Limited, has entered into a Share Purchase and Subscription Agreement “with all the shareholders of BJJ.”

According to the agreement, WeLab Sky will “acquire the stakes of BJJ to become the sole controlling shareholder.”

As the initial step, WeLab Sky has “completed the strategic investment for a 24% stake in BJJ.” The remaining stake for majority control will be “completed upon obtaining the relevant regulatory approvals, including from the Financial Services Authority (“Otoritas Jasa Keuangan”) of Indonesia,” the update confirmed.

“We continue the journey that we started in 2018 to build one of the first pan-Asian digital banking platforms, first in Hong Kong and now in Indonesia. WeLab combines its advanced digital banking technology with the BJJ network to further grow the Bank’s business towards a bright digital future.”

“BJJ has earned an excellent reputation for being a trusted retail bank in the market over the last 40 years. We look forward to building on this foundation with our fintech expertise, and success of operating a licensed digital bank in Hong Kong, to build a tech-driven digital bank that will be financially inclusive for the people of Indonesia.”

“We’re excited to welcome WeLab as the new shareholder to bring BJJ into the new digital banking era. BJJ has been undergoing digital transformation since 2018, this strategic initiative is aligned with our commitment and vision in offering digital banking services to more customers. With the experience and expertise of WeLab in digital banking and fintech, we are confident that BJJ can further improve our customers’ financial wellbeing with advanced banking technology.”

J.P. Morgan is “acting as financial advisor to WeLab.”