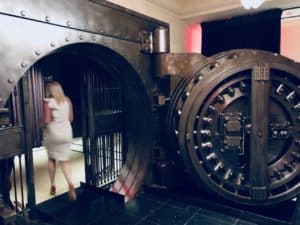 Domination Finance, a non-custodial, decentralized exchange for dominance trading, has announced the launch of its liquidity vault “as part of the industry’s broader move towards DeFi 2.0.”

As mentioned in an update shared with Crowdfund Insider, the vault represents “the first of its kind, allowing users to add USDC-collateralized liquidity to both long and short pools on the overall market dominance of Bitcoin, Ethereum, and Tether.”

Although decentralized finance (DeFi) 1.0 was trademarked by “simple” liquidity mining programs, the emergence of DeFi 2.0 protocols across the board has “led users to expect more from decentralized applications in terms of UI/UX and liquidity provision,” the announcement explained.

DomFi’s new liquidity vault “eliminates the guesswork from being a liquidity provider and instead provides users with the opportunity to easily earn yield while reducing impermanent loss risk,” the update revealed.

“As DeFi 2.0 takes hold, users are expecting a better experience that allows for enhanced safety and easier entry into the DeFi space. Being able to add liquidity to both the long and short pools simultaneously was the evident first improvement we could make from our initial release.”

Liquidity may be seamlessly offered with just a single click, “mitigating impermanent loss risk by providing liquidity to both sides of the trade in a single transaction.” With each asset having its own vault, users are able to “selectively provide liquidity to dominance pairs on either Ethereum or Polygon,” the update explained.

This is reportedly one of the first implementationss which enables users to “maintain net neutral exposure while providing liquidity on a widely used automated market maker such as Uniswap.”

The team also integrated a custom rebalancing feature which “ensures the long and short token values are equivalent to the collateral required to mint.” This ensures liquidity providers are “not immediately exposed to impermanent loss risk via pool arbitrage opportunities,” the announcement noted.

As mentioned in a release, Domination Finance claims to be “the premier decentralized exchange for dominance trading.”

Built on the Universal Market Access (UMA) protocol and available on Ethereum and Polygon, Domination Finance’s user-friendly desktop and mobile interfaces “allow users to trade on the overall market dominance of Bitcoin, Ethereum, and Tether.”