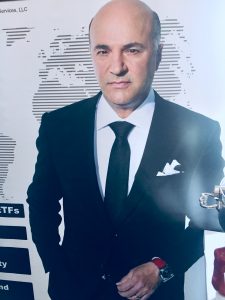 StartEngine, a securities crowdfunding platform that is in the midst of a self-crowdfunding round, says it has now raised over $50 million from individual investors. In an email, StartEngine said that it has thousands of shareholders on its cap table and zero traditional VCs.

With ten days left in the securities offering, this Reg A+ funding round has raised over $20 million. The offering is for common shares with a minimum investment of $500 at a per share price of $13.

“We launched our crowdfunding operations in June 2015, as Regulation A went into effect. Elio Motors’ equity crowdfunding offering, hosted on our site, eventually raised $16,917,576 from 6,345 investors. As of March 1, 2021, we have hosted 49 Regulation A offerings, including three for StartEngine itself. Regulation Crowdfunding went into effect on May 16, 2016 and as of March 1, 2021 we have acted as intermediary for 585 offerings. As of March 7, 2021, companies on our platform have raised a total of $297 million from all offering types. Beginning on March 15, 2021, the limit for Regulation CF increased from $1.07 million to $5 million, and the limit for offerings under Regulation A increased from $50 million to $75 million.

The offering page touts 190% growth in the past year, 500,000 users, a new trading platform (ATS), the experience of management and “shark approved” – referencing its relationship with Kevin O’Leary, aka “Mr. Wonderful,” who is affiliated with the platform.

If you are interested, you may view the offering page here. The deal is expected to close in 8 days.