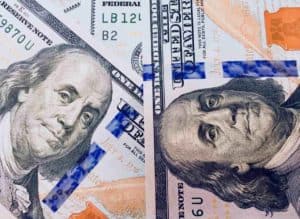 Rewards platform Indiegogo has posted a blog boasting about a partnership with StartEngine that pairs an e-commerce offering alongside a securities sale.

You may recall, that Indiegogo was launched with the intent of morphing into an investment platform once the rules were in place to allow online capital formation to take place. For a period of time, Indiegogo partnered with MicroVentures to jointly promote securities offerings but eventually, Indiegogo exited the space deciding to focus on rewards or pre-sale offerings.

Indiegogo describes the relationship with securities crowdfunding as a “beautiful pairing for entrepreneurs,” adding that StartEngine is its “celebrated equity crowdfunding partner.”

Indiegogo sites the example of Waverly Labs a company that has listed three securities offerings on StartEngine while previously pursuing two pre-commerce campaigns.

“There are a lot of similar processes between Indiegogo and equity crowdfunding. You don’t just go on Indiegogo or Startengine and expect a bunch of donations or investments. You have to develop a community well before you go on the platform. You have a lot of the same experiences pre- and post- campaign, so we were able to use what we’d learned from one campaign to the next.”

Scooterson founder and CEO Mihnea de Vries is simultaneously running a campaign on Indiegogo while selling securities in its company. The post quotes the entrepreneur as predicting that VCs will eventually be replaced by securities crowdfunding:

“That’s because with crowdfunding, there are no strings attached. VCs always want all sorts of crazy things in exchange for their money. They want a big say in the company. Not so with equity crowdfunding. And with crowdfunding, you build a community right off the bat that can propel your business forward.”

de Vries views Indiegogo as a method to promote its brand and build a community while working symbiotically to raise money quicker and “cut through the red tape.”