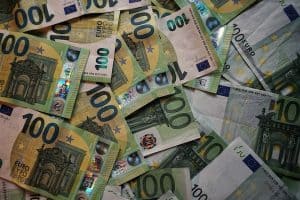 After two months of declining, Secondary Market activity on Bondora has reportedly picked up again, albeit “with a very slight 2%.”

Bondora pointed out that this “might look similar to last month, but there were a lot of changes underneath the surface.”

Portfolio Manager’s growth was “the most impressive, with a 99.0% increase, while the API gradually increased 15.6%,” the team at Bondora revealed. They also noted that Portfolio Manager still has “the highest value, totaling €36,880 in transactions.”

Bondora added that transactions “done at a premium were by far the most popular in November, making up 55.7% of all transactions.”

In October, Secondary Market overdue loan transactions “totaled €23,960, down 43.7% from the previous month.” According to Bondora, this was mainly due to “a decline in loans transacted at a discount, which were 78.3% lower.”

Bondora further noted that “contrary to the rest of the overdue loan transaction categories, API transactions were higher, up from €6,069 to €7,701.”

Secondary Market overdue loan transactions “totaled €25,415, up 6.0% from October,” the report revealed while adding that loans at a discount and at par “increased, while loans at a premium declined.”

In contrast to October (when there were almost no defaulted loans purchased at par value), in November, “almost half of all transactions were done at par value (€13,248).” Manual transactions “increased by 7.4%, while API transactions dipped by 35%,” the update from Bondora noted.

“Activity on the Secondary Market rebounded ever so slightly after two months of decline. Even though the API has shown a considerable increase in activity these past few months, Manual transactions remain the most active segment. Loans at premium had a month in the spotlight, so we’ll have to see whether this trend will continue in December.”

As always, Bondora reminded investors that they “should not seek higher returns from buying and selling loans on the Bondora secondary market.”