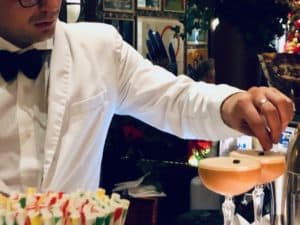 The CEOs and team at European online lender October have thanked all their retail lenders and institutional investors, as they closed out 2021. The company has been focused on lending everyday to European SMEs.

October writes in a blog post that in 2021, platform users “especially loved to lend to one particular project: Sandaya.” As mentioned in the update, 5,671 platform users lent a total of €459,000 to these “high-quality campsites.” Also in 2021, institutional investors have “committed another €80m in October’s funds to support SMEs.”

October further noted that they would like to thank “the first users of [their] technology October Connect: Bpifrance and Zencap AM among others.”

In 2021, October was “lucky enough to take advantage of a small Covid-free slot and get the whole October team together in one place.”

For the first time in two years, all of their CEOs, from their five supported countries, have “met in person.” It was the opportunity to “send you a special message to celebrate together the end of this year.” (Note: You may check out the video here.)

As covered recently, European marketplace lender October has reportedly acquired a €30 million commitment from the European Investment Fund (EIF) and the Dutch impact investor Invest-NL in the context of the European Guarantee Fund (EGF) and the Dutch Alternative Credit Instrument mandates.

As noted in an update from October, Invest-NL invests €10 million in the October SME IV fund, EIF invests €20 million. The fund, which has “now reached a size of €215 million, is dedicated to supporting the growth of European SMEs,” the announcement noted.

October CEO and Founder Olivier Goy recently noted that he launched October 7 years ago in France.

While commenting on the financing landscape 7 years back and now and the challenges and opportunities this brings, Goy revealed that October exists “thanks to a new law opening an [opportunity] in the banking monopoly.”

He added that after the 2008 crisis, the idea was to “create more possibilities for entrepreneurs” to obtain financing. Back in 2014, it was not so easy for entrepreneurs “to get money, especially from banks” and the recent Coronavirus crisis “changed a lot,” Goy revealed.

Goy also shared that the idea was to do it “directly at the European level.” And now they are already providing services in 5 countries, he confirmed while noting that it was their mission to “create a company with a very strong European DNA.” But when they had started, all 5 countries were similar, he shared while pointing out that Italian, Dutch or French SMEs were “not that different.”