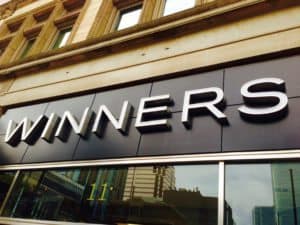 In August of last year, Coinbase (NASDAQ:COIN) via their Giving initiative, made a call for applications via their Crypto Community Fund that is “focused on blockchain developers who contribute directly to a blockchain codebase, or researchers producing white papers.”

The team at Coinbase noted that today, they’re pleased to confirm that the Fund’s second batch of developer grants to 6 recipients: AMIS Technologies, Josie, Escanor Liones, WeFuzz Research, and two developers funded via a partnership with Brink.

As mentioned in the update, all candidates “demonstrated a consistent history of contributing to blockchains, as well as innovative ideas, and provided the Fund’s advisory board with a clear, actionable outline of the projects they intend to work on.”

The Coinbase Giving team added that the winner will both be “funded to work on their projects for all of 2022, with their grants funded in BTC or USD based on the recipient’s preference.”

The audited Library will “continue to open to developers,” the team at Coinbase confirmed while adding that they believe that MPC will be “an alternative option for private key management.” Josie will be “working on the unit, functional, and fuzz testing in Bitcoin Core by focusing on improving test coverage and refactoring for performance and clarity.”

He will also be “supporting three researchers on a project centered around analyzing bitcoin transactions, specifically on fees and privacy when used as a means of payment.” He will also be “performing code review and testing PRs in Bitcoin Core.”

As noted in the announcement, Escanor Liones will be designing and implementing “a sequence of blockchains to promote the study, advancement and improvement of mathematics, cryptography and digital security.” The present grant will “fund one of those blockchains.”

A paper will be published “with the details about the design in early summer; and, a blog or a paper towards the end of the year speaking to the implementation and the experience of designing, building and deploying a blockchain.”

Coinbase Giving’s update further noted that WeFuzz intends to “build a, fully decentralized, crowdsourced security audit and bug bounty platform: a set of smart contracts that allow developers and companies to get their smart contracts, blockchains, web3 applications etc., audited by the decentralized auditors’ and hackers’ community and makes it easy for everyone to secure their assets. WEFUZZ (Chaitanya and Ranjeet) aims to become the *Hacker DAO*.”

As explained in the announcement, Brink is “a 501c3 that exists to strengthen the Bitcoin protocol and network through fundamental research and development, and to support the Bitcoin developer community through funding, education, and mentoring.”

The update also noted that they support and “mentor new contributors to open source Bitcoin development through their fellowship program, and support the work of established Bitcoin protocol engineers through their grants program.”

Coinbase has reportedly “funded two Bitcoin core developers through their partnership with Brink.”

“The Crypto Community Fund grantees will provide periodic updates about their work through public blog posts. The Fund will also be placing an additional call for developer grants later this year, and encourages future applicants to subscribe to updates here.”