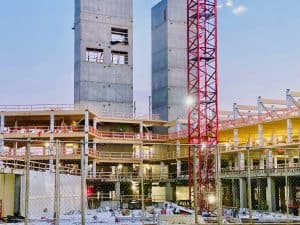 Fundrise reveals that during 2021, they had welcomed more new investors to their platform than during any other year in their 10 year-long history.

Fundrise points out that not only is this a key milestone that they are quite proud of, but it also means that for many of their investors, this is notably the first time they’re reviewing their yearly updates.

“With 2021 now in the rearview mirror, we can definitively state that by nearly every measure it was the single strongest year of results that we’ve delivered to date.”

Although this seemed to be somewhat of a foregone conclusion after Q3 2021, Fundrise says they were encouraged to see “the same macro-driven tailwinds covered in that update continue to propel growth through the last three months of the year.”

In the end, the average annual return for all Fundrise client accounts “was a notable 22.99% for the year.”

As noted in the update, that average alone is perhaps not the best measure of “true” performance as it combines what are “ultimately two distinct strategies.”

Fundrise also revealed that their Flagship Interval Fund, which was introduced back in January and within only six months had “grown to become one of the 25 largest interval funds in the US, delivered a remarkable average rate of return of 40.56% across all client accounts, during what was anticipated to be a year where returns were likely to be somewhat depressed due to an initial ramp up period.”

Note that the return figure for client investments “is time-weighted, meaning it takes into consideration the date on which investments were made, the fund itself reported a net asset value (NAV) per share of $12.81 on December 31, representing a 28.1% increase over its starting value of $10.00.”

“We believe achieving this kind of performance, with some property investments appreciating 50% to 100% in a single year, is extremely rare, particularly when considering the relatively low leverage and predominantly core-plus and value-add nature of most of our strategies. And it’s unlikely, in our opinion, that such exceptional performance across such a large swath of assets will be repeated often.”

“This idea of both disrupting and consolidating the “private equity value chain” lies at the very heart of Fundrise and is something that we plan to discuss in greater length in the near future, but for now to keep things simple it’s sufficient to think of investing through Fundrise like buying something wholesale, whereby regardless of the investment strategy itself our technology is allowing you to get access to the assets at a lower effective cost merely as result of being able to cut out unnecessary middlemen.”

Although the future is always uncertain, today, the potential for what lies ahead “feels particularly varied and unpredictable, as the second-order consequences of an unprecedented economic response to a once-in-a-century black swan event continue to play out.”

According to Fundrise, the biggest contributor to the uncertainty could be inflation, which “after 40 years of decline (when some experts even speculated about its permanent disappearance) has reemerged as a powerful and potentially destructive force.”

The update also mentioned that inflation can “quickly eat through an economy and what may start out as transitory (e.g., temporary price increases caused by things like short-term supply chain issues) can quickly become a self-reinforcing cycle.”

As costs for goods go up, businesses “tend to raise prices, which in turn makes everything from everyday essentials to cars and vacations more expensive.” Unless salaries and assets increase at an equal pace (which they rarely do) “people effectively become poorer.”

“We’re excited about several potential new expansions and features that we believe will be significant milestones in furthering this mission [of providing access to investment opportunities] and hope to be able to share more with our investors very soon.”