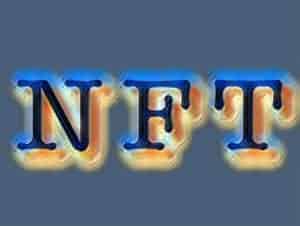 Ravendex, a fast-growing project built on the Cardano ecosystem, recently confirmed the listing announcement of $RAVE token on another digital currency exchange.

RAVE token users are now able to buy and sell Rave tokens via the new exchange. Rave token is also tradable on Bitmart, Sundaeswap, Muesliswap and on the smaller exchanges such as p2pb2b and Minswap.

As mentioned in the update, Ravendex is a Cardano-based decentralized exchange (DEX) that “allows cryptocurrency participants and investors to offer capital reserves on any native Cardano (ADA) token and create a market pair for someone else to swap the native tokens while utilizing the Cardano blockchain’s safety and low fees.”

As explained in the update, it is one of “the first decentralized exchanges created on the Cardano blockchain.” It is also “the first exchange to utilize the Alonzo Hard Fork update on the Cardano Ecosystem.” It leverages smart contracts to “deposit assets and collect interest as per rules.”

Ravendex has launched its NFT project. 2000 “uniquely pixelated $Rave NFTs have real utilities in the Ravendex ecosystem, unlike many other projects.”

As explained in the announcement, staking the NFTs are one of “the highlighting features of this NFT project.” Holders can “stake $RAVE NFTs to endorse a project launching through their IDO. They can also list & sell their assets on other marketplaces.” Stakers will “win the $RAVE tokens periodically.”

Rave NFT can “only be purchased on third party NFT marketplace like jpg.store and you can purchase Rave token on Sundaeswap.”

As noted in the announcement, users of the $RAVE NFT “shall at least hold 30,000 $RAVE in the same wallet and must stake at least $50 ADA in RAVEP, Ravendex’s ISPO pool.” More than $9 million in ADA “have been staked in the pool.”

This is how Ravendex is “generating utility and value for its NFT project.” Users “can stake their NFTs” for the following periods:

The revenue can “go up to 60% APY depending upon the amount of $RAVE token they hold in their wallets.” Ravendex is also working on an NFT gamification, “giving Rave NFT and Token holders more places to stake their NFTs for an opportunity to generate higher rewards.”

The company has reportedly “onboarded more experienced Haskell and Plutus (both are smart contract programming languages, mainly for Cardano) engineers that would rush [their] DEX development to guarantee that [they] ship on the mainnet in the most limited conceivable time.”