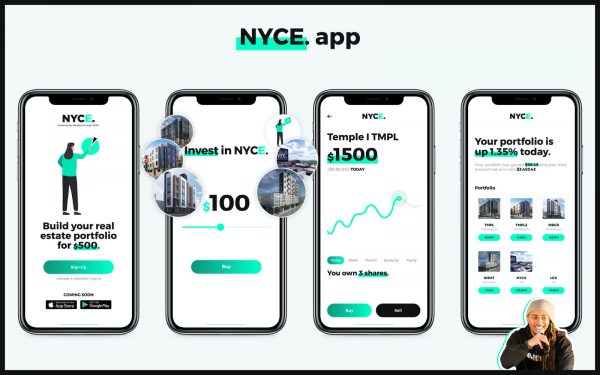 NYCE, a real estate investment platform, indicates in a recent filing that it intends to trade on BSTX, a regulated securities exchange.

At one point, NYCE stated its intent to list its securities on tZERO. In mid-2021, NYCE announced that it would digitize approximately $18 million of equity capital by listing it on tZERO, a regulated ATS. This announcement was made in advance of a planned Reg A+ offering – a securities exemption that allows immediate trading on an exchange or ATS.

NYCE says it wants to be the Robinhood of real estate, adding that they want to create “100K millionaires through real estate ownership, financial literacy, and community. Think of a “Goldman Sachs” for the 99% vs. 1%.” As part of this vision, it wants to provide liquidity for its investors via secondary trading.

In an annual report posted with the Securities and Exchange Commission (SEC) last week, NYCE stated:

“Last year we explored the possibility of listing on tZERO’s Alternative Trading System. We’ve elected to forgo that route and have instead reserved a ticker with BSTX (tZERO affiliate), a fully-licensed stock exchange, owned by ICE, the parent company of the New York Stock Exchange. We’re currently in the process of filing an Initial Public Offering with said exchange. If approved and management elects to pursue this route, this would provide Reg. CF investors with a liquidity event to trade in and out of their positions in NYCE Companies, Inc. and/or its affiliated Reg. CF offerings. “

BSTX only recently received approval as a regulated securities exchange. Its goal is to operate utilizing blockchain technology but for now it is enhanced with blockchain technology. It is the first exchange in the US to become an exchange that utilizes distributed ledger technology. BSTX is a firm that was launched in partnership with tZERO so NYCE will still trade shares on a tZERO affiliated platform – it will just be a public offering. This may be one of the first (if not the first) primary offering on BSTX.

While there does not appear to be a Form 1-A for a Reg A+ offering filed with the SEC you may anticipate one shortly. Developing.