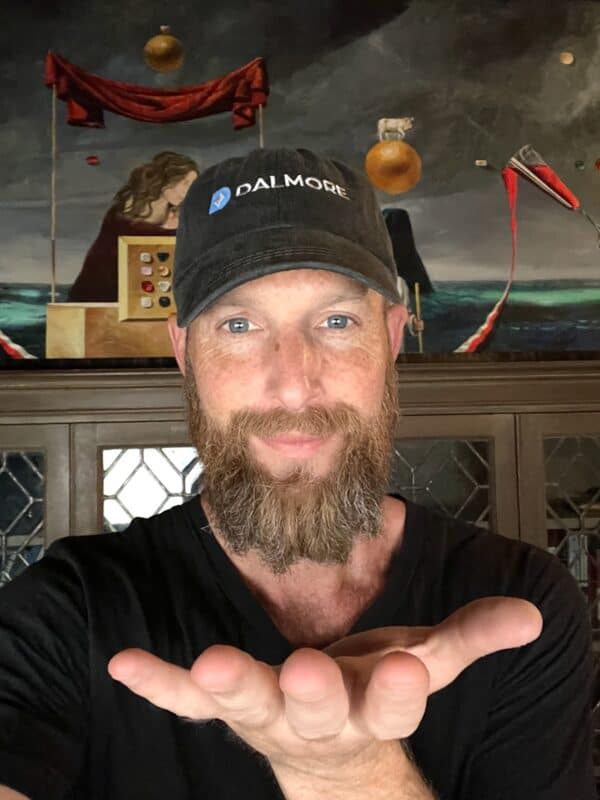 Dalmore Group is a regulated broker-dealer that is very active in the securities crowdfunding sector, helping firms raise money using Reg A+ (Regulation A), Reg CF, as well as Reg D. Dalmore not only enables funding via exempt securities offerings but it also provides secondary share access, including fractional share offerings.

While Reg D (both 506c and 506b) is only available to accredited investors, Reg A+ and Reg CF allow non-accredited investors to gain access to private securities. Last year, the Securities and Exchange Commission made several material improvements to the private securities marketplace including increasing the funding cap under Reg CF to $5 million, from an anemic $1.02 million and Reg A+ from $50 million to $75 million. These changes, along with several others, have been good for the securities crowdfunding market as funding portals and broker-dealers work to assist private firms to gain the growth capital they need to thrive.

As the online investment market has grown, several broker-dealers have risen in prominence in this business – Dalmore is one of them. Their name is frequently listed as the broker of record on securities offerings (think the recent Boxabl success) – including Reg A+ issuers which do not need to be listed on a platform. According to the company’s website, Dalmore has worked with over 230 issuers having facilitated over $3.6 billion in live Reg A+ offerings – including a pipeline of a whopping $4.3 billion in future securities offerings.

Recently CI connected with Etan Butler, the founder and Chairman of Dalmore Group – to discuss online capital formation today and his expectations for the future.

Asked if the COVID health crisis, and rising inflation have impacted Dalmore’s operations – similar to what we are hearing about VC funding –  Butler said, no it hasn’t and the number of clients and inbound calls has increased consistently.

“Throughout this time and throughout the pandemic, it has increased,” said Butler. While the trajectory may have been slower (and who knows how much growth there would have been minus the geopolitical challenges, it is still that “hockey stick growth.” Think about alternatives now, shared Butler. “Good luck in trying to raise venture capital.”

Butler added that more companies are showing a preference for online capital formation as opposed to being forced into it – say a SPAC has fallen through.

While there is risk in choosing any path, the option to crowdfund and raise on own terms is gaining in popularity said Butler.

As Dalmore is a broker-dealer, we inquired about his partnering with other platforms and why funding portals and others select Dalmore.

Butler said first, that they are also an investment bank. They have unique experience in capital raising in general. This is different from funding portals.

Also, because of their footprint and vantage point of seeing what is working well and what is not working well, platforms are looking to partner with them. This also includes technology, funnel management (investors), public relations – marketing, and investor relations. Dalmore acts as a broker-dealer on a number of platforms while helping to syndicate offerings. The company also provides the option for issuers to raise money using their own domain – for some firms, this makes a lot of sense.

While Dalmore has worked with 230+ Reg A+ offerings, it also works with Reg CF issuers – for these firms, Dalmore is very selective, according to Butler.

“We work with companies looking to raise $3 to $5M which is often a bridge to a Reg A”+, he said. Butler added that they do a lot of Reg Ds but, at this point, the vast majority of their clients are Reg A+ issuers with Reg CF and Reg D offerings growing. There are also a number of Reg S (international) offerings they have enabled.

So Dalmore has emerged as a bit of a Reg A+ specialist in the exemption. Butler explained that due to the fact that anyone over 18 may invest in all 50 states combined with a funding amount of $75 million the exemption is gaining in popularity. Reg CF has similar characteristics, albeit a far lower funding cap, but it provides an alternative to the “friends and family” path.

Butler calls crowdfunding a no brainer given an issuer can succeed as the firm can control valuations, control the structure while raising up to $75 million Click to Tweet

Butler calls crowdfunding a “no brainer” given an issuer can succeed as the firm can control valuations, control the structure while raising up to $75 million.

This is why we need to protect the investors, said Butler. The majority of early-stage firms will fail but improved access to capital will provide “more entrepreneurs the ability to pursue their dreams.” There is also a growing number of firms that raised money under Reg A+ and then became publicly traded.

The majority of companies fail. But this gives more entrepreneurs the ability to pursue their dreams.

As Dalmore provides secondary market liquidity – not just primary issuance, we asked Butler to elaborate on the service.  Butler said they facilitate secondary market liquify for private companies as well as partnering with some ATSs in that regard – without mentioning their names. They have been the broker on more than 100,000 secondary trades. They also offer fractional shares including in collectibles like art as well as real estate.

Regarding fractional shares, Butler clarifies this statement indicating that some firms are set up as Series LLC and do not conduct a “one and done” offering. This is a business model that enables an ongoing number of individual assets such as collectibles.

You highlight fractional shares on your website. How does this work and what are the benefits? This allows the issuer to fractionalize the asset. At the time of our discussion, Dalmore had worked with more than 35 Series issuers. Butler said these can help an investor diversify their portfolio too as they can determine what assets they hold as opposed to someone else’s fund. There is a caveat that some of these assets may have very little liquidity.

And what about digital assets or digital securities? Dalmore is not quite there yet. But he said if you want to pursue a digital asset offering, you are going to use Reg A+ and issue it as a security, as this is the most seamless path right now.

Butler said their pipeline is expanding rapidly, quarter after quarter more issuers are reaching out to them. His expectations for the rest of 2022 as well as 2023, is a “continued surge of growth” in both Reg CF and Reg A+

Most of the 20 million CEOs have not heard of the alphabet of exemptions (IE C D A etc). It is still very very new, said Butler. “And that is why we are going to continue to see extraordinary growth.”

Butler noted that it is always important to look out for investors which means making the markets work better.

“I am a proponent of doing things the right way … look at some of the crypto [offerings] that are not regulated. We are prepared to work with the regulators however they approach it. I support common sense improvement to capital markets that help everybody.”