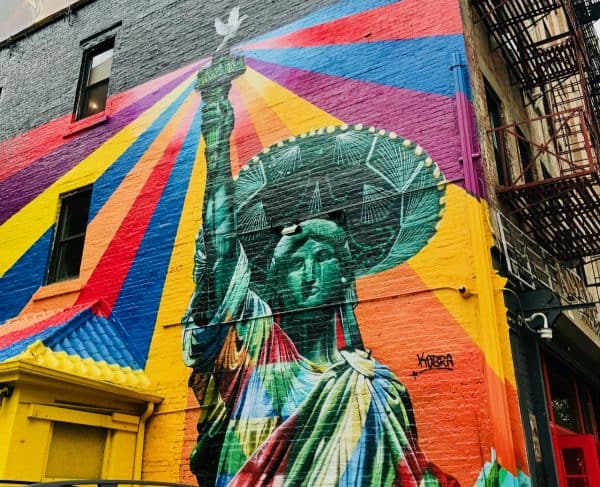 One of the key elements of online capital formation is the fact that geography is not as important. While traditional venture hubs, like the Bay area and New York City, continue to garner much of the activity in securities crowdfunding, expanding access to capital to a wider audience is clearly taking place. While crowdfunding continues to iterate and grow, it is also creating opportunities in other respects, as technology means anyone can seek growth funding on a platform.

Crowdfund Capital Advisors (CCA) has created a report that highlights how Reg CF (Regulation Crowdfunding) is enabling access to capital for traditionally under-represented segments of the population, including women and minorities.

Currently, under Reg CF, a firm may raise up to $5 million from both accredited and non-accredited investors. CCA states that since 2016 when the exemption went into effect, over $1.6 billion has been raised, backed by over 1.6 million investors. These firms have created an estimated 332,000 jobs adding $3.4 billion in economic activity. More than 5200 firms have leveraged the exemption. This sector of crowdfunding may be poised to grow even further, minus the current economic challenges, as the exemption was increased from $1.07 million in 2021 to its current $5 million funding cap.

Since 2016 when the exemption went into effect, over $1.6 billion has been raised, backed by over 1.6 million investors. These firms have created an estimated 332,000 jobs adding $3.4 billion in economic activity Click to Tweet

In regards to the CCA report, women and minorities continue to perform well in the percentage of founders and funding raised. To quote the report:

Q3 was another strong quarter for women and minority founders regarding investment crowdfunding. They raised 50% of all the capital for the quarter and had a higher than- industry-average successful funding rate.

CCA notes that while white males continue to generate more money, the data indicates that the gap is closing.

Some of the data points in the report: 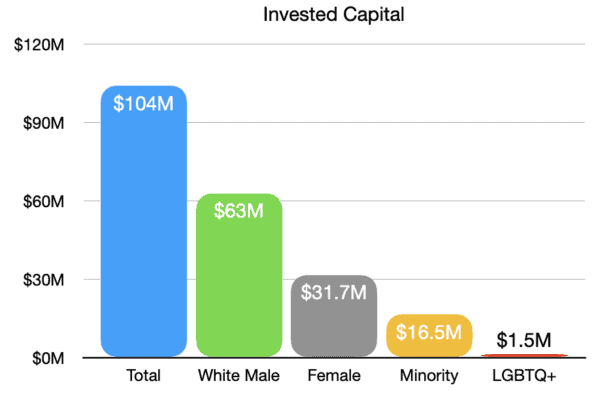 Regarding aggregate numbers for Q3 2022, CCA states that approximately $116 million was committed to 360 offerings. Almost 74% of those offerings were successful in their raise, and $104 million of the committed capital turned into funded capital. The median valuation for successful offerings stood at $12 million.

During the quarter, 80% of all offerings hit their minimum funding target – above the historical average.

CCA notes that there were fifty-one offerings with African American founders in the quarter, eighteen with Asian founders, and seven with Hispanic founders.

When looking at specific securities crowdfunding platforms, Wefunder hosted the most women and minority issuers for the quarter, followed by StartEngine and then Mainvest.

“Given that 50% of all offerings were women or minority issuers, we believe it speaks to the ability of investment crowdfunding to democratize access to capital successfully. While Silicon Valley VCs often talk about the importance of distributing capital to these underserved founders, they lack the ability to do so. Much has been written about this, and various data points indicate that female founders only receive 2% of VC funding and African Americans 1%.”

Given that 50% of all offerings were women or minority issuers, we believe it speaks to the ability of investment crowdfunding to democratize access to capital successfully Click to Tweet

CI touched base with CCA Principle Sherwood “Woodie” Neiss, one of the top advocates of the JOBS Act of 2012 that legalized crowdfunding, who explained the industry has a proven solution to the funding gap that exists for female and minority entrepreneurs.

“All we need to do now is bring more eyes and ears to the opportunity,” stated Neiss.  “The success rate for women and minority-founded issuers in Q3 was 81%. Given the industry average is 69%, more women and minorities should be turning online for capital from their friends, family, followers, and customers.” 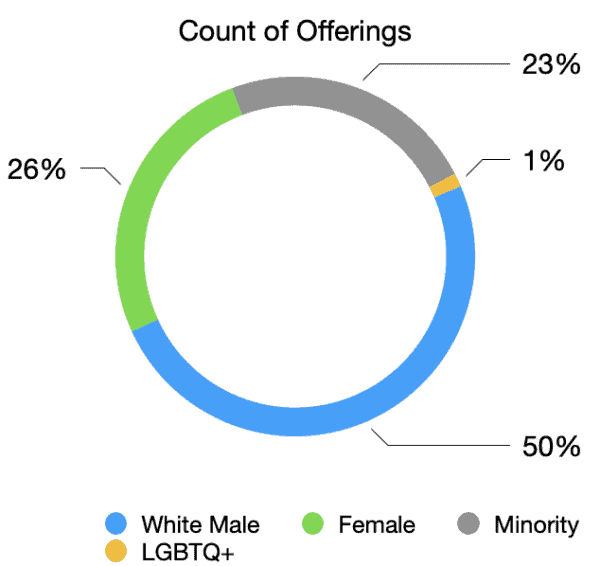 Neiss acknowledged that there is more work to do as women and minorities tend to raise less than their white male counterparts and at lower valuations, but he believes as the industry grows, these gaps will decrease.

So how can the ecosystem be improved?

If Congress moves on the Jobs Act 4.0 legislation, this can improve all online capital formation. The Securities and Exchange Commission could also increase the funding cap further – perhaps to $10 or $20 million, thus creating a more effective funding ladder with issuers starting with Reg CF and then migrating to Reg A+ or perhaps Reg D.