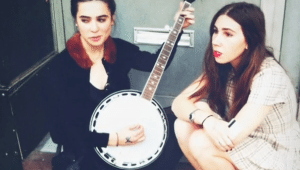 Rob Thomas changed crowdfunding forever with his campaign for Veronica Mars, legitimizing the funding method as a way for successful folks to circumvent the powers-that-be. The crowd can now greenlight creative products by sheer power in numbers.

Zach Braff took this phenomenon to it’s next logical step, bringing full-fledged network TV celebrity to the crowdfunding world with his campaign for Wish I Was Here. It seemed the world either loved or hated the campaign.

Both of the aforementioned campaigns were successful in the end, but not all outcomes are this rosy for celebrities in the crowdfunding space.

Exhibit A: Melissa Joan Hart. Her project for Darci’s Walk of Shame set a goal of $2,000,000. It raised $50K before MJH pulled the plug. The media ran with it to say the least. A selection… 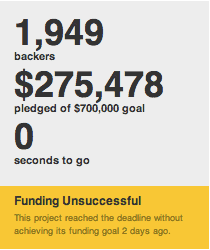 Exhibit B: ‘Girls’ star Zosia Mamet took to Kickstarter seeking funding for a music project with her sister. Things didn’t go so well…

The moral of the story? There is a fine line for celebrities in crowdfunding.

What Zach Braff and Rob Thomas accomplished by taking to Kickstarter is nothing short of transformative. Sure, they took their lumps in the press, but people will pontificate. It’s core to society and especially Internet culture. However, for projects like these bad press is probably good press in the end. Thomas and Braff got the opportunity to form the narrative around celebrity success and crowdfunding.

For Melissa Joan Hart and Zosia Mamet the story is much different. The public failure that comes with an underfunded crowdfunding campaign is tough enough for your average Joe or Jane. Couple that failure with the typical anti-celebrity vitriol and you get articles like those linked above. That is to say nothing of the legitimacy of the campaigns themselves. Melissa Joan Hart tried to crowdfund a movie and nobody bit. That’ll happen, but Mamet’s banjo and body percussion music project with her sister? Yikes.

Celebrities should double their efforts to vet campaigns before submitting to the crowd. Nobody wants to be the butt of a joke.