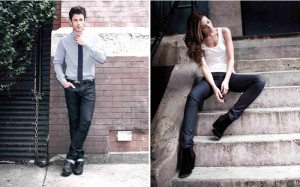 This very professional, fashion pretail crowdfunding campaign continues to grow as backers continue to purchase rewards for Parke’s fashionable denim line.  Parke, a new online-only denim brand, with a few days still remaining on their crowdfunding campaign has trounced their initial goal of raising $20,000.  Founded by Solomon Liou, this is his second successful crowdfunding campaign on Kickstarter which raised over $90,000 on a goal of $50,000.

Crowdfund Insider originally covered Parke in September as his campaign was just gearing up.   Parke is a fashion-technology company  that wants to innovate the $16 billion dollar denim industry. Their new line of clothing is called “Premium Active Denim” and features a technologically-advanced fabric that is engineered for both style and performance. The jeans are inspired by activewear – a category known for leveraging textile technology to improve form and function. Parke utilizes the latest stretch technology and denim fabrications, and applies it to every day jeans to improve durability, comfort, and shape-retention. By selling online, Parke can offer wholesale prices that are 50% less than traditional retailers. 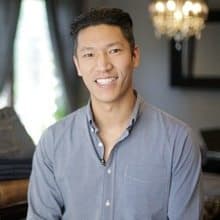 Parke, based in New York City, where their jeans are both designed and produced locally in the Garment District.

Solomon Liou explained the benefits which are two fold:

“Manufacturing our jeans in New York is not only great for the local economy, but it also produces exceptional quality with handcrafted jeans that are made by skilled artisans here”.

With the funding goal reached on Kickstarter, Parke has already started the production process for the Active line.  Over 1100 backers have supported this project.  All but three supporters have “purchased” a reward which includes at least a single pair of jeans.  Fashion is a small but growing category on the Kickstarter platform.  For Fashion crowdfunding campaigns the success rate is below average standing today at under 30%.  Successful dollars for Fashion campaigns on Kickstarter stand at under $20 Million since the crowdfunding platform launched.

Liou, along with his Parke campaign, has set a great 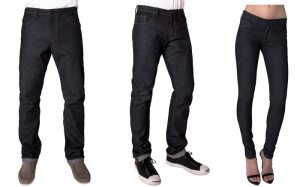 example as to how a campaign should be structured for success.  Of course a high quality, unique product is a must – and he has delivered with his active denim.  But goal setting, constant communication, social reach and structure have created an environment where Parke has hit a home run.

Liou has previously worked for Goldman Sachs as an Analyst followed by successful positions at numerous start-ups including HotJobs and Clickable – both of which were acquired by other companies.

The crowdfunding campaign closes on November 1st.  Parke is preparing the launch of their own e-commerce site.