Adrian, Michigan is a town of approximately 22,000 people and lies on the Michigan border between Ann Arbor and Toledo, Ohio, in the heart of the rust belt. It’s a far cry from San Francisco, New York or Austin.

Amy Cortese (pictured, right) visited the town on Halloween last year to speak to the Area Chamber of Commerce’s Economic Club. Cortese is the author of Locavesting: The Revolution in Local Investing and How to Profit From It. She has been a vocal and passionate advocate of crowdfunding as a means of allowing local residents to invest in local businesses. 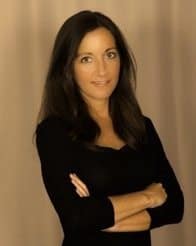 It seems she sparked the crowd in attendance on that day, because in April of this year 22 investors organized under 120 E. Maumee LLC bought a storefront for what is to be a new bakery on the town’s main drag.

Adrian Downtown Development Authority Director and Economic Development Coordinator Chris Miller led the charge. He would eventually go on to lead an effort to introduce and implement an intrastate crowdfunding exemption in the state of Michigan to make funding and launching small local businesses  – including bakeries – easier than ever.

Michigan has gone through a very difficult decade, and we’re starting to come out of that. I think this is one way that is really going to help speed that along.Rep. Nancy Jenkins (R-MI, 57th District)

He reached out to State Representative Nancy Jenkins (pictured, left) to advocate for an intrastate exemption. As we’ve reported, that effort is well on its way to becoming a reality. 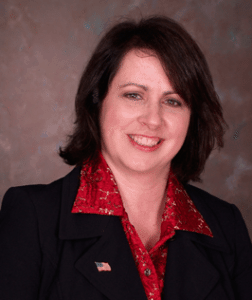 “It sounded like an exciting idea,” Rep. Jenkins told Crowdfund Insider. “I’m all about helping people get ahead and improving Michigan’s economy. Michigan has gone through a very difficult decade, and we’re starting to come out of that. I think this is one way that is really going to help speed that along.”

Rep. Jenkins co-sponsored House Bill 4996, a Michigan bill aimed at amending state regulations to allow for intrastate crowdfunding. If the bill makes it past the governor’s desk, Michigan businesses would be allowed to solicit investment from Michiganders online. There is hope that this will take place by the end of this year.

Last week the bill was voted out of the Commerce Committee with only a single no vote, continuing a trend of bipartisan support for crowdfunding exemptions, both at the state and federal level. At this time, the bill’s proponents are working with the Michigan Department of Licensing and Regulatory Affairs (LARA) in order to clarify the reach and place of regulatory oversight in this new funding ecosystem.

Although instrastate exemptions are similar in nature to the upcoming federal exemption, Rep. Jenkins still believes Michigan’s entrepreneurs will make use of the state-level exemption.

“This is just an opportunity to get ahead of that and start getting Michiganders investing in Michigan businesses,” she said. “I think there is a lot of excitement about it.”

In Michigan’s case, the state-level exemption provides a couple of huge benefits over what has been proposed in the forthcoming federal rules.

First, Michigan businesses soliciting investment from Michigan residents wouldn’t have to spring for expensive audited financials unless they raise over $1 million per year. At the federal level, that threshold is proposed to be half of that amount. Those willing and able to provide audited financials could seek up to $2 million from the crowd, a limit twice that in proposed rules from the SEC.

There are also protections for issuers under this state-level exemption. As with other state-level exemptions, investors have to have their primary residence in Michigan. However, if an investor mistakenly participates without being eligible, their individual investment can be rescinded without the entire offering being rendered null.

Rep. Jenkins hopes that the bill gains a legacy of being pivotal for economic development in the state of Michigan, a state that was hit hard in the economic downturn in 2008.

“What I envision is a lot of small companies starting up downtowns, and empty buildings and storefronts are filling up because these small businesses are starting and more people are getting employed,” she said.

“I think this could really be a real win-win for Michigan – for Michigan businesses as well as Michigan investors. There’s a lot of potential there, it’s just a matter of if people take advantage of that.”