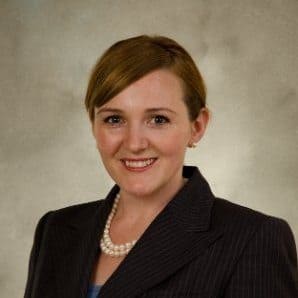 Imagine attending a dinner party a year from now where a dozen people are all talking about what businesses they’ve invested in. That’s a scene some predict for the near future, as equity crowdfunding moves into the spotlight in 2014.

“I would like to see a world where you should feel uncomfortable if you do not invest in crowdfunding,” Howard Leonhardt, CEO of the California Stock Exchange, said as a panelist at the Crowdfund Global Expo. “Contributing in crowdfunding should be your civic duty to stimulating our economy.”

The greatest minds leading this movement gathered at Coastal Shows’ Crowdfund Global Expo in San Diego Jan. 30 and 31 to discuss the future of equity, debt and real estate crowdfunding. Speakers and conference goers alike expressed both their concerns and their expectations as Title II and Title III of the JOBS Act took center stage the first day of the conference.

Since Title II, which allows open solicitation of deals to accredited investors, was legalized in the fall of 2013, there has already been more than $100 million raised over 100 deals, estimated Doug Ellenoff (pictured, left), an attorney with Ellenoff, Grossman and Schole LLP, during his keynote presentation.

Several conference panelists estimated that during initial securities offerings, participants will choose the simpler regulations of Title II over Title III, which allows unaccredited investors to get in on the crowdfunding movement. However, Title III could open the floodgates for far more investors to get involved in any singular deal. Sandlund, alongside other attendees, speculated that issuers might turn to Title III if they fail to reach their capital goals through Title II’s restricted access to only accredited investors.

Under Title III, there is a potential pool of 50 million new investors financing early, growing companies and technologies across the country. “There will be a huge opportunity to educate a whole new generation of investors – a new generation not by age, but by philosophy,” said Sandlund.

Using the example of a 25-year-old established pizza joint, Alon Goren, co-founder and president of Invested.in posed the question: What is the incentive for these people to invest? Neighbors might invest in the business, and own a small portion of it, but where is the real return? He argued for companies, both established and start-up, to offer incentives for investors. For example, investors could own a portion of the pizza place and get a lifetime 10 percent discount at the restaurant. In this way, more people will see crowdfunding as not just equity but as community investment, he said.

“We came into this because we thought online funding was broken,” said Goren. “We wanted to fix it.”

The number of crowdfunding platforms – already estimated between200 and 300 – could also expand under Title III regulations, said Judd Hollas (pictured, right), founder and CEO of EquityNet. Eventually, some speculate, we’ll see consolidation of these platforms, as well as specialization.

For example, Anu Bhardwaj, another speaker at the conference, said she sees 2014 as the year more women will become interested in crowdfunding. Her company, Women INVESTING in Women, planned an event in Stockholm for 50 women, and when more than 100 showed, organizers eventually had to close the doors. By 2015, she estimates, there will be women leading the crowdfunding movement around the world.

With opportunity comes responsibility; and fraud was a topic of concern at Day 1 of the Crowdfund Global Expo. However, Bhardwaj was quick to note that there have been no incidents of fraud in countries like the United Kingdom and Australia, where equity crowdfunding has already been in place. And if there is any chance of fraud, she stressed, there should be transparency, and with the requirements set in place by the SEC, transparency seems to be top of mind. She emphasized that in the case of fraud, transparency will be a critical point that the SEC’s proposed requirements appear keen on addressing.

“We’ve never been able to look at middle market businesses with such transparency” as we will with JOBS Act implementation, Sandlund said. “It will be an enormous amount of data.”

As multiple speakers noted, equity crowdfunding is really applying technology to an age old process. We’ll finally be able to understand the behaviors and patterns of investments in broad daylight.