In a comment letter posted to the Securities and Exchange Commission (SEC) web site addressing proposed rule amendments for Regulation A under Title IV of the JOBS Act, Andreessen Horowitz and Cowen and Company clarified their position and support for the proposed changes.

Andreessen Horowitz, a vocal supporter of crowdfunding and the JOBS Act, is one of the best known venture capitalist groups in the world today.  Cowen and Company is a highly respected, diversified, financial services group offering a wide variety of investment banking services. 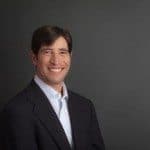 The letter, directed to the SEC, commends the organization for recognizing the importance of Regulation A as a much needed alternative path for growth companies to raise capital.  The missive goes on to clarify suggested changes  that, in their opinion, will achieve the goals intended by Congress.

The letter was signed by Scott Kupor, Managing Partner of Andreessen Horowitz and Jeffrey M. Solomon, CEO of Cowen and Company.  The seven page document makes multiple points of interest including;