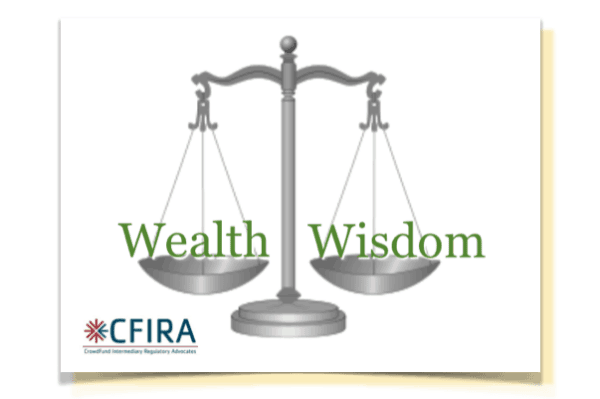 The Crowdfund Intermediary Regulatory Advocates (CFIRA) has taken a firm and concise stand on the debate enveloping the definition of an “Accredited Investor”.  CFIRA has been at the forefront in advocating for financial innovation and investment crowdfunding.  The group promotes the interests of issuers AND investors while promoting good business practices.  The letter (posted below) was recently submitted to the SEC as a comment on the current polemic.  The authors include CFIRA Executive Board Members, DJ Paul, Kim Wales and Chris Tyrell.

The statutory definition of an accredited investor is not the realm of the popular media but is an exceptionally impactful issue for our national economy.  This definition decides who may invest, or which demographic is excluded from, investing in private placements.  Many entrepreneurs, crowdfunding advocates AND regulators understand the existing definition is highly flawed and exclusionary.  But there are some decision makers who are of the opinion the barriers to investors should be raised thus further blocking a very important element of the economy.

As the definition stands today an individual must earn $200,000 a year ($300k if married) or have $1 million in the bank.  This excludes ones primary residence. It is these individuals who may choose to invest in private placements – a huge market that stands at $1 trillion annually – at the most recent count.  CFIRA notes:

“It would be difficult to overstate importance of the private placement market in general and the Regulation D market in particular to American capital formation and the economy at large.”

Last year was one of the best years for IPOs with companies going public raising $56 billion.  When you compare that figure to private placements you start to get the idea of how important private offerings are for capital formation.  Many of these companies raising funds are SMEs that do not have the wherewithal to go the public market path.  Or they simply do not want to endure the costly process to list publicly – an odyssey that has been decimated due to over-regulation. The people who want to raise the barrier for participating obviously risk diminishing what has become a dynamic and highly important engine of economic growth.

CFIRA has recognized this peril and composed a thoughtful, logical and well constructed missive explaining why these people are wrong.

CFIRA advocates maintaining the current economic test for individual investors but have highlighted the flaws incumbent in the approach and propose a more rational definition of a sophisticated investor. Ironically – as it stands today – many securities attorneys and financial advisors are excluded from participating in offerings in which they are advising others.

To quote the letter;

“The current standard has created some odd and inequitable exclusions from the market of investors who might otherwise be considered appropriate buyers of private securities.

For example, a young investment broker who does not make $200,000 per year nor has accumulated a million dollars of net worth, but has passed his or her Series 7, or 62 or 82 is able to sell Regulation D offerings to his or her clients, but is restricted from buying them for his or her own personal accounts.” 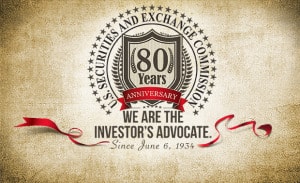 This profound exclusionary approach is  pure folly to most yet it has been in place for several decades now. CFIRA is now asking this disenfranchised group of individuals be allowed to participate in offers they  clearly understand.  CFIRA is taking a common sense approach by recommending an abridged test for anyone able and willing.

Wisdom is not defined by a bank statement yet paradoxically that is how we are segregated today. Those involved in redefining an accredited investor will hopefully choose a path of fairness and turn away from the current one of monolithic exclusion.

The CFIRA comment letter to the SEC is embedded below.