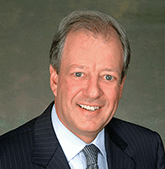 Peer to peer lending platform Lending Club has announced the hire of Richard Neiman to lead the P2P sites regulatory and government affairs office.  Neiman was previously Vice Chairman of Global Financial Services Regulatory Practice at PriceWaterhouseCoopers LLP.  He has also held senior positions at Citibank and TD Waterhouse (now TD Ameritrade).  Neiman also served as superintendent of banks for New York state from 2007 to 2011.  He participated in the 5 member Congressional Oversight Panel for TARP from 2008 – 2011 as well.

In addition to his new role at Lending Club, Neiman will continue to serve as an advisor to the Washington, D.C. – based Bipartisan Policy Center’s Financial Regulatory Reform Initiative, and is on the advisory council of the Institute for Financial Market Regulation and the advisory board of Columbia Business School’s Chinese Business Initiative.

Lending Club, the leading peer to peer lender in the United States, filed a registration statement with the SEC regarding their initial public offering (IPO) back in August.  The company, now under a quiet period, will be the first P2P platform to offer shares via an IPO – a seminal event for the entire industry.  Lending Club booked over $1 billion in loans during Q2 of 2014.  Expectations are for the P2P lender to grow at a dramatic pace as both lenders (investors) and borrowers take advantage of the more efficient process of peer to peer lending – estimated to quickly grow to a trillion dollar industry.