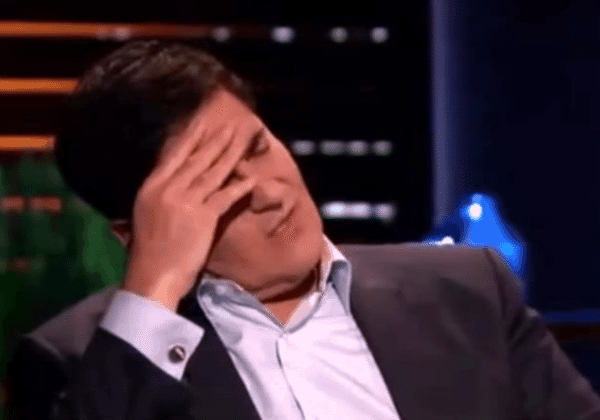 Tycoon, a new real estate crowdfunding platform, hit the studios of SharkTank to pitch the young platform to the “Sharks”.  The entrepreneur may regret this decision as Mark Cuban declared “I am out” in less than 60 seconds.  Cuban goes on to call it a “rip off”.Venture Capitalist Kevin O’Leary quickly

added “I smell jail time” as entrepreneur Aaron McDaniel from San Francisco was pounded with skepticism for his venture.  It was a bit surprising that Barbara Corcoran showed little support as she has been active in the crowdfunding space. Corcoran has invested using equity crowdfunding site Crowdfunder and is affiliated with the funding platform OneVest. But then perhaps ratings count.

Real estate crowdfunding has been the most promising space for the industry.  Multiple platforms have established respectable operations like Realty Mogul which has funded 175 properties for the tune of over $47 million; Fundrise recently collaborated with Silverstein on 3 World Trade Center; Prodigy Network has targeted prime real estate in Manhattan and now boasts a portfolio around half a billion dollars.

Towards the end of the segment O’Leary did back off a bit and offered some cash while criticizing the brand of “Tycoon”.  McDaniel turned down the offer.

This may be a case where any publicity is good publicity as of today Tycoon is experiencing unusually high traffic.  So maybe it is just the publicity that reality entertainment show SharkTank is all about.