Continuing to gain popularity by the day, Zombicide: Black Plague has garnished over $1.5 million dollars on Kickstarter thanks to 10,000 backers. 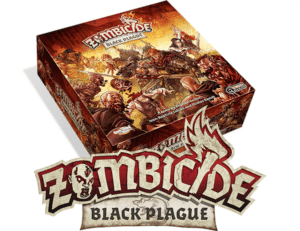 As previously reported, the creator of the highly addictive Zombicide, CoolMiniOrNot, launched its eighteenth crowdfunding campaign on the platform  to raise $100,000 for the game on June 8th. Within less than 24 hours, the campaign surpassed its initial goal and has continued to stand in the funding spotlight.

The board game’s creators stated: 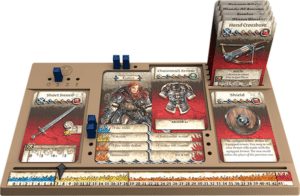 New to the Zombicide series is the introduction to armor. Any survivor wearing armor (or carrying a shield) has a chance of blocking multiple zombie attacks with a lucky roll. Unfortunately, the armor does not help against the ultimate villain of the game, Abomination.

During a recent update, CoolMiniOrNot announced more characters (alive and dead) are on their way to the game’s set thanks to the funds. These include:

Most of these characters are considered “Kickstarter exclusive.” It was also noted that as the funding continues, other characters will be unlocked and added. The campaign is set to close on July 6th.