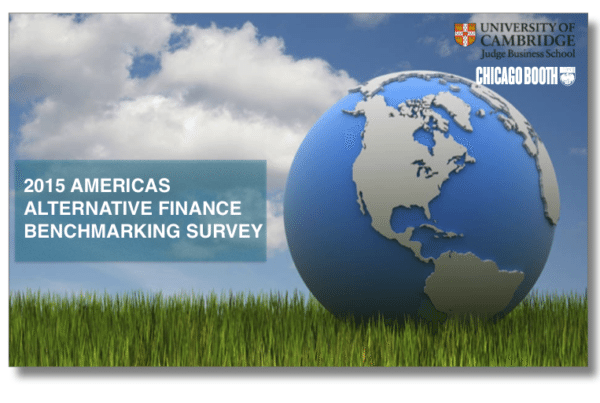 “We think that the research will provide useful metrics on which sound policy can be built and measured.  Ideally, policy should encourage opportunity and entrepreneurship.” 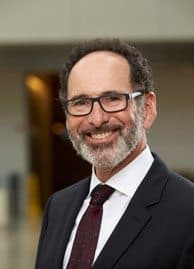 Working at the intersection of entrepreneurship and marketing communications, Professor Robert Rosenberg of the University of Chicago Booth School of Business possesses a honed skill set that includes branding, fundraising, business development, licensing and merchandising, human resources and strategic planning/implementation. He not only serves as a resource and mentor but also as clinical faculty member at University of Chicago Booth School of Business. Rosenberg has supported many startups in a variety of capacities, from their business plans to development to investing. Advanced Diamond Technologies, Brilliant.org, CareMerge, Chromatin, Congressional Pharmaceuticals, Maroon Pharmaceuticals, NephRx, SloWave, Sonarmed, Spin Networks, Tolerance Therapeutics and Xcyte Therapies are some of the startups that have benefited from Rosenberg’s expertise.  In addition, Rosenberg sits on the Boards of Illinois Technology Development Fund, Manufacturing Renaissance and Midwest Research University Network.

Currently Rosenberg is leading the Polsky Center for Entrepreneurship and Innovation team at Chicago Booth School of Business in its joint venture with the Centre for Alternative Finance at University of Cambridge Judge Business School in its 2015 Americas Alternative Finance Benchmarking Survey.  This landmark survey is the first comprehensive and empirical assessment of crowdfunding, peer-to-peer lending (marketplace lending) and other forms of alternative finance across North, Central and South America.

“The inclusion of the Americas into the Cambridge Centre’s alternative finance benchmarking research is a vital step toward better understanding this rapidly growing industry, globally. It is our pleasure to work with the renowned Chicago Booth School of Business on this important study, which aims to capture the size, growth, diversity and dynamics of the burgeoning alternative finance markets in the US, Canada and Latin America,” noted Bryan Zhang, a Director of the Cambridge Centre for Alternative Finance. “We hope that marketplace lending and crowdfunding pioneers and operators in the Americas will be able to join our collective effort in ushering in an new era of transparency, collaboration and evidence-based policymaking for the alternative finance sector.” 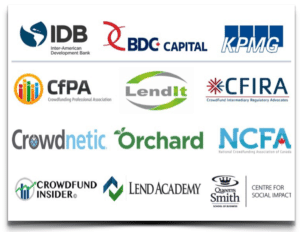 I recently had the opportunity to connect with Rosenberg via email to learn more about his perspective regarding alternative finance and the 2015 Americas Alternative Finance Benchmarking Survey.  Our interview follows.

Erin: What steps did you take to help initiate this partnership?

Robert Rosenberg: I met Robert Wardrop through my teaching duties at Chicago Booth’s London facility.  We are both graduates of the executive program.  He introduced me to the program he was developing at Cambridge and I was interested enough to schedule a follow-up meeting.  The impressive research that Robert and his Cambridge Center for Alternative Finance had done — as well as the opportunity to expand that research in the Americas — made all the difference.

Erin: What is your role at The Polsky Center?

Robert: I am the director of entrepreneurship programs.  I teach, coach teams, work in the accelerator, provide liaison to student, faculty, and alumni entrepreneurs.  I have a special interest in growth-stage companies, and I’m proud that this is my sixteenth year of teaching at Booth.

Erin: When and how did you become interested in marketplace lending, equity- and reward-based crowdfunding, peer-to-peer consumer and invoice trading?

Robert: Booth is best known as a finance school and we’ve been seeing numbers of alternative finance companies in our classes and our accelerator, as well as through my work at Hyde Park Angels.  And I’ve been interested in the forces that have shaped the market, including bank regulations, new technology, and the low-interest climate,

particularly in the EU and the USA. My limited knowledge of the market suggests that these forces (with the possible exception of technology, which will continue to march on) are transitory.  Regulation and low interest rates provide arbitrage opportunities.  Add the kind of growth that we’re witnessing and lternative finance will be an even more dynamic market in the years to come.

Erin: What helped convince other academics of the importance of researching alternative finance and crowdfunding in the Americas?

Robert: Increased activity over the last couple of years, including large amounts of money raised by companies in this space and banks taking a role have generated interest, but my sense is that alternative finance is still nascent.  Robert and his team saw the opportunity well before most academics. 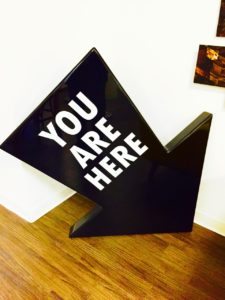 Erin: Please share some Survey result predictions. What do you and your team expect to accomplish with this research?

Robert: I have no predictions.  Estimates of the number of platforms and their size vary widely.  I think we’ll see a vibrant market that is growing quickly.  That’s no surprise.  We want to develop academic research that will inform policy decisions about an important new source of liquidity.  And we want to track the sector — in increasing depth — as part of an annual survey.

Erin: How will you utilize findings from the Survey?

Robert: We will host or participate in conferences on the topic.  And we hope that the data informs research in economics, finance, and policy. Already a team of students from UChicago’s Harris School for Public Policy is working with us to analyze the data and prepare white papers on selected topics.  As we develop longitudinal data, we think that the database will grow in value.

Erin: Understanding the current regulatory environment, how do you anticipate/hope policy makers will use your data to help guide their rule making approach?

Robert: We think that the research will provide useful metrics on which sound policy can be built and measured.  Ideally, policy should encourage opportunity and entrepreneurship.  It should also address the risks posed to incumbents, investors, new entrants.  Policy also has a responsibility for stable markets.  Good policy is best built on data and analysis, not the world as presented by vested interests.

Erin: What are your thoughts on the democratization of access to capital and transparency in stark contrast to the “public markets” today?  What changes would you recommend to US and other countries’ regulations and how do you expect these changes to unfurl?

Robert: Several European countries have had a ‘light touch’ in regulating this market, something that many have noted in regards to the growth of the EU-based industry.  It’s very hard to argue against ‘liquidity’ and ‘transparency’ and it’s not clear that all alternative finance is particularly transparent.  We’re in a major shift and a lot of it is pretty exciting.  It’s my hope that regulation will recognize its early innings and that we have to be flexible to accommodate rapid evolution. Bags of speculative money are flowing into this market.  Banks have begun making acquisitions of, and special arrangements with, new platforms.  It’s not clear exactly what will emerge (bank/platform hybrids?  secondary markets?) even though we’re in the middle of the transformation which suggests to me that the data we’re collecting is interesting and will be especially interesting five years from now. 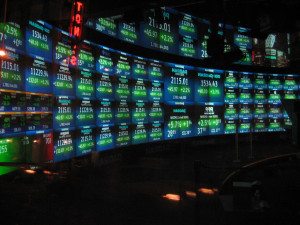 Erin: Please comment on the fundamental shift to access in capital with regard to investor opportunity and disruption of traditional finance.  How will people learn to work with these dynamic disruptive forces? How will this shift impact legacy financial firms?

Robert: The market absorbs dynamic disruptive forces.  Derivatives come to mind.  New products transform markets.  We no longer sit under the buttonwood tree on Wall Street to trade stocks, and open outcry trading is all but gone.  Telegraph and telephone and telex and fax machines and instant messaging changed trading.  The CBOT and CME transformed trading in the 70s.  When the NYSE had to compete with on-line trading, it purchased a trading platform called Archipelago, developed in Chicago.  Archipelago is the NYSE’s platform.  High speed trading and dark pools transformed markets.  This is a very incomplete list, but you get the idea.

Erin: How do you see internet finance evolving? Will banks as we know them eventually disappear?

Robert: Doubt it.  For most of the new companies, the cost of capital is very high.  Banks have begun to play a role.  They recognize that the ground is shifting under them and there will be less clear demarcation between alternative finance and banking.

Erin: What are the biggest risks to internet finance?

Robert: The biggest threat to the internet overall is security.  Trusting data and transactions is primary.

Erin: As you studied alternative finance and crowdfunding in the US, what innovations and developments have you noted?  What trends are establishing and where?  Which countries are leading the charge in this part of the world? Why?

Robert: Without the data from our study (we are still collecting data), I can only speculate.  I’m impressed by the ingenuity of many startups who are using new ways to measure risk and credit worthiness, startups that are helping individuals in developed and emerging economies to participate more fully in economic growth.

A bunch of US veterans have started a business (through the Polsky Center’s venture launch program) that offers alternatives to payday loans for military personnel.  Military code of conduct demands that personnel pay their debts.  Their data suggests that men and women in uniform are among the better credit risks, the opposite of how they are viewed currently. 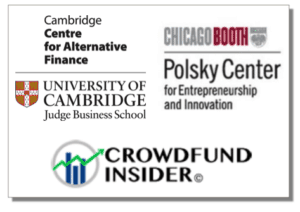 Crowdfund Insider has joined with The University of Cambridge and University of Chicago Booth School of Business to be the exclusive media partner on this benchmarking research. This interview is one of a series that includes multiple, in-depth interviews with international thought leaders and alternative finance industry pioneers from the collaborating associations.

Examples of alternative finance channels are online ‘marketplaces’ such as equity and rewards-based crowdfunding, peer-to-peer consumer/business lending, and third-party payment platforms. Alternative instruments include SME mini-bonds, private placements and other ‘shadow banking’ mechanisms, as well as social impact bonds and community shares used by non-profit enterprises and alternative currencies. The mission of the University of Cambridge is to contribute to society through the pursuit of education, learning and research at the highest international levels of excellence.

The University of Chicago Booth School of Business is consistently ranked among the top five business schools in the world. The school’s faculty includes renowned scholars and its graduates occupy key positions in the US and worldwide. The Chicago Approach to Management Education is distinguished by how it leverages fundamental knowledge, its rigor, and its practical application to business challenges.