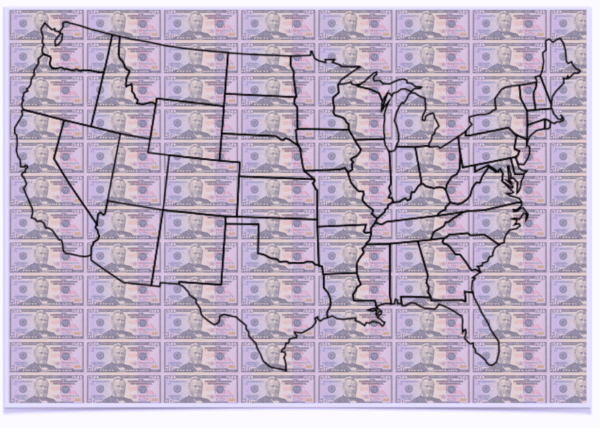 With the Federal Title III rules effective, there is certainly a lot of excitement surrounding national level “retail” crowdfunding to non-accredited investors. That’s obviously great news for the industry, but it’s important to remember that the majority of the states currently have some form of “intrastate” retail crowdfunding laws already in effect; many of which offer significantly more favorable terms to issuers and investors than the federal rules. Moreover, the number of states passing these laws, and their use, continues to grow to make them viable capital options for many companies.

State of the States and Title III:

You may not know it but currently thirty (30) states have enacted Intrastate crowdfunding exemptions (or have enacted amendments to their existing blue sky laws to permit some type of Intrastate crowdfunding) and another eight (8) states are in various stages of enacting/considering such legislation.  Just like the highly anticipated Title III rules, each of the state laws allows for crowdfunding to non-accredited investors. That being said, the laws of each state are somewhat unique and a discussion of the nuances between the various state laws would literally take all day. Luckily for those that might be interested, I maintain, what I believe to be, the definitive comparative matrix of current Intrastate crowdfunding laws.

So what exactly is the difference between the state laws and the Federal Title III rules? The short answer, a lot. While it will ultimately depend on the specific state we are talking about, in many instances the state laws can be more favorable to both issuers and investors when compared to the Title III rules. For example, most states have offering caps well above the $1 Million Title III cap; with offering caps ranging from $2 Million to $5 Million. Also, unlike Title III which caps the amount “accredited investors” (i.e. high net worth individuals) can invest through federal retail crowdfunding offerings at $100,000, under each of the state laws accredited investors are permitted to invest as much as they want. Similarly, many states have higher investment caps for “non-accredited” investors as well. One additional significant difference to note is that Title III does not permit the use of “special purpose entities” (SPEs or SPVs) to aggregate crowdfund investors. This means that each crowdfund investor in a Title III offering will be listed on the cap table of the fundraising company, which can make it difficult, if not impossible, to obtain later-round funding/lending. State-level laws, on the other hand, do allow for the use of SPEs to facilitate crowdfunding.

As you can see, the state-level laws can offer some real advantages over the current Federal Title III rules. While I have not taken the time to document a full comparison of the Title III rules to the laws of each state, I did prepare a comparison of those rules (as well as certain other federal options) to the crowdfunding laws I authored for Illinois for those that are interested.

What Exactly Is “Intrastate” Crowdfunding? 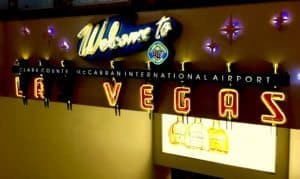 If you’re not all that interested in the statutory specifics of these laws, I urge you to skip ahead to my commentary below. For the rest of you, the legal basis for the overwhelming majority of current Intrastate crowdfunding exemptions lies with Section 3(a)11 of the Securities Act of 1933 which provides an exemption from federal registration for:

Put simply, this section provides an exemption from federal registration for securities which are bought and sold completely within a single state by a company incorporated and doing business in that state. To flesh out this broad exemption, Rule 147 (17 CFR 230.147) was created to provide a safe-harbor for qualifying Intrastate offerings. Rule 147 provides a framework of rules which, if followed, will mean that the securities being sold will be exempt from federal registration and subject, primarily as I’ll touch on below, to applicable state regulation. 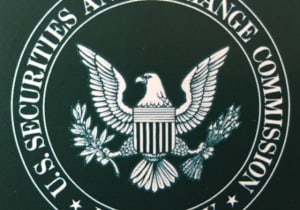 Now Section 3(a)11 and Rule 147 have been around for a LONG time but they were rarely used. Why you ask? Good question. The answer really comes down to fear of the unknown. First, Rule 147 creates a safe-harbor for avoiding federal registration but the sale of the securities would still be subject to applicable state law which, until the new crowdfunding laws, was either murky (at best) or non-existent. Second, and arguably more of an issue, is the fact that both Section 3(a)11 and Rule 147 specifically require that the securities not be “offered” to residents outside the subject state. What exactly constitutes an “offer” has been something that has been argued, and nitpicked over, by the SEC in private letter rulings and Compliance and Disclosure Interpretations (C&DIs) for years and is well beyond the scope of this post. In fact, until the JOBS Act recently opened up the long-held prohibition against “general solicitation” the concept of “offered” for purpose of Rule 147 was often looked at simply as the terms of the offering ending up in the hands of someone outside the state. Something which is virtually unavoidable in today’s internet age. As a result of these issues and others (i.e. the 80-80-80 test under Rule 147), out of fear of tripping applicable federal or state regulations issuers often avoided, and in most cases were urged by their attorneys to avoid, selling securities under these rules. 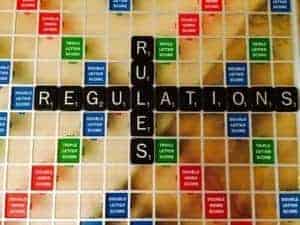 So what exactly has changed? Another good question. First, the passing of the various state crowdfunding laws has, for the most part, eliminated the murky nature of applicable state laws in connection with such offerings. Second, the general consensus in the industry is that the SEC is leaning away from strictly enforcing the Rule 147 prohibition against securities not being “offered” to residents outside the subject state. In fact, in the proposed amendments to Rule 147 recently issued by the SEC this prohibition is removed all together. While these proposed amendments have not yet been passed, they do provide some insight as to the SEC’s current views on the subject. Additionally, until such amendments are passed and for purposes of satisfying the current Rule 147, certain states (e.g. Illinois) have gone the extra step of bright-lining certain limited information concerning the securities being sold that would not be deemed to be an “offer.” Such information is akin to the limited “tombstone” type of information permitted under the new Title III rules.

I would also like to clarify one point regarding Intrastate offerings. Yes, I said that Intrastate crowdfunding offerings are governed by the rules of the subject state and that is true. However, I would be remiss in not pointing out that Intrastate offerings are still subject to certain overriding federal rules such as the anti-fraud and civil liability provisions of the federal securities laws and the registration requirements of section 12(g) of the Securities Exchange Act of 1934.

Another important point to note before I leave this discussion, is that there are a couple states (Maine, Mississippi and California) whose enacted/proposed (as applicable) crowdfunding laws are based on Rule 504 (7 C.F.R. § 230.504) instead of Section 3(a)11 and Rule 147. Rule 504 is a little used federal safe harbor which provides an exemption from federal registration for offerings that are under $1 Million and that meet the other requirements of Rule 504 (e.g. state registration or permitted exemption from registration). Unlike Section 3(a)11 and Rule 147, a Rule 504 offering does not have to be conducted within a single state so these state crowdfunding laws are not “Intrastate” per se, they are “Interstate.”  Rather than make your eyes cross talking about the difference between “Intrastate” and  “Interstate,” I will simply add the fact that Rule 504 offerings are also subject to certain strict general solicitation/offer prohibitions which must be adhered to. 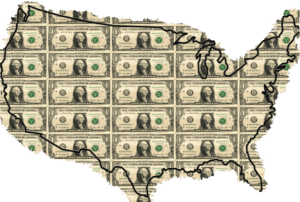 While notably less “sexy” than the Federal Title III rules, my feeling is that Intrastate offerings will, in most instances, be the most viable option for companies looking to raise capital from accredited and non-accredited investors. Let’s be clear, I absolutely believe that the Title III rules which go into effect on May 16th mark a monumental change in Federal Securities Laws and they will, eventually, help to significantly open up the private capital markets. I also believe that any expansion of the capital markets is always beneficial to entrepreneurs. That being said, in my opinion many state-level crowdfunding statutes offer significant advantages to both issuers and investors over the Title III rules (at least in their current form); particularly when you consider the types of companies most likely to be raising capital.

Consider for a minute that both the Intrastate and Title III rules are intended to ease the way for small and mid-sized businesses to raise growth/expansion capital. These companies are often not large or well-funded and will typically have the strongest presence in and around their immediate geographic area. Thus, unless it’s a company that truly has an idea/product which transcends the reputation of the company itself and/or the people behind it, I have to believe they are going to have an easier time raising funding in their own state rather than trying to solicit investors around the country. Especially when you consider the power of the “invest local” element of the offering. Not to mention, each advertising dollar has to go farther if the company is only focused on advertising its offering in 1 state as opposed to 50. 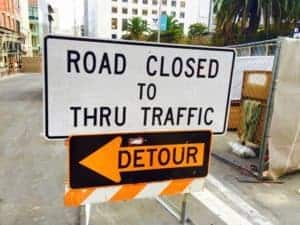 To date, we have only seen a couple hundred Intrastate offerings completed over the last three or so years. However, in my opinion, this has been more a result of lack of investor/issuer education and certain unworkable state regulatory rules (e.g. escrow requirements) than anything else. As far as the unworkable regulatory issues go, many of these speed-bumps have been overcome in the last year or so through the passing of amended/new laws and the appearance of general industry best practices. On the other hand, there is still a significant lack of general investor/issuer knowledge, and misconceptions, about crowdfunding in general but we are getting there.

Hopefully, all of the positive press surrounding the Title III rules will help get the word out by pushing knowledge of investment-based crowdfunding into more mainstream publications. Either way, my prediction is this. As investors and issuers become more aware that these investment-based crowdfunding options even exist, you will see more Intrastate offerings being conducted and funded. Once that happens investors (and companies) will become more comfortable with the overall crowdfunding investment process, the types of companies raising capital, and the risks involved. This will, in turn, allow investors to feel more comfortable about investing in companies which are not local (i.e. which are outside their state), paving the way for more successful Title III types of raises. And so on….

Thomson Reuters Practical Law is collaborating with Crowdfund Insider on a series of articles about the recent regulatory changes in the crowdfunding industry. The themes include JOBS Act Title III overview, global regulatory framework, and future regulatory improvements for existing crowdfunding regimes. The views expressed by the authors of these articles do not necessarily represent the views of Thomson Reuters nor any of its affiliates.