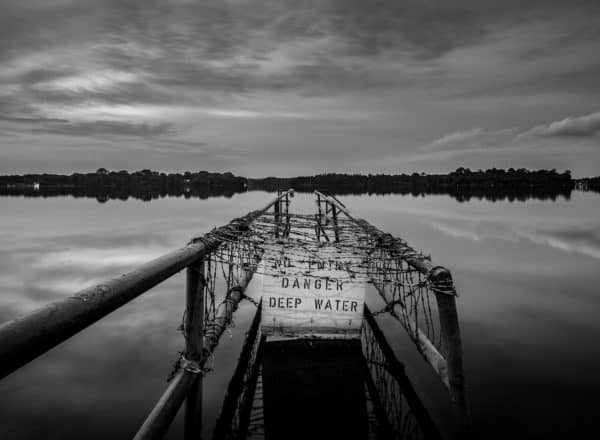 Recently, the Securities and Exchange Commission (SEC) has been actively pursuing all players in the initial coin offering (ICO) space, including companies that have raised money with ICOs, an exchange, people promoting ICOs, and most recently, an ICO investment fund.

The SEC’s recent actions are significant because, unlike in the past, it is moving away from warning the ICO industry that the securities laws apply to them to seeking sanctions for violations of the securities laws, even ones that are inadvertent.

2017: The SEC Warns the ICO Industry that They Are Watching 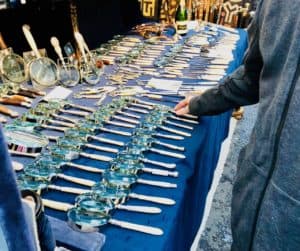 The SEC first warned companies contemplating ICOs that the securities law apply to them when it published the DAO Investigative Report (the “DAO Report”) last August. The DAO Report reflects the SEC’s initial efforts in investigating the ICO space.

In the DAO proceeding, the SEC investigated a foreign company named slock.it and its ICO, which raised $150 million selling DAO tokens in exchange for ETH. The SEC also investigated exchanges, which facilitated the trading of the DAO tokens after the ICO.

The SEC determined that the DAO tokens were securities and were subject to the registration requirements of the Securities Act of 1933 (the “Securities Act”).

In addition, the SEC concluded that exchanges that facilitate the trading of blockchain tokens that are securities, such as the DAO tokens, must register as a national securities exchange unless they operate under an appropriate exemption, such as Alternative Trading Systems (“ATS”).

Despite violations of the securities laws, the SEC decided not to bring charges and instead, took the opportunity to warn companies looking to raise money with ICOs and other industry participants that the securities laws apply to them.

A few months after the DAO Report was published in December 2017, the SEC charged the first non-fraudulent ICO with violating the U.S. securities laws.

A company named Munchee attempted to raise money by selling tokens through an ICO. Within a day after it began its sales, the SEC approached Munchee about violations of the federal securities laws. Munchee immediately stopped the ICO and refunded investors.

In the Munchee proceeding, the SEC reiterated that, as expressed in the DAO Report, blockchain tokens and other digital assets may be securities under the federal securities laws and if so, the offer and sale of them must be registered unless exempt from registration. Because Munchee did not register or qualify for an exemption, it had violated the registration requirements of U.S. securities laws.

Given that Munchee stopped the ICO returned investors money immediately after the SEC contacted them and did not engage in any fraud, the SEC decided not to seek any sanctions against Munchee.

2018: The SEC Cleans Up the ICO Space, One Industry Segment At a Time

Recent enforcement actions indicate that the SEC is moving away from merely warning ICO players that they are subject to the federal securities laws and towards penalizing those who violate such laws even when there are no indications of fraud or violations were inadvertent. In addition, the SEC’s enforcement scope has expanded to include companies raising money with ICOs, exchanges, promotors, and investment funds.

Around the same time as the Munchee ICO, two companies named Paragon and Airfox also conducted ICOs. Like Munchee, neither company engaged in fraud but offered and sold blockchain tokens that are securities in violation of the U.S. securities laws. However, unlike Munchee, Paragon and Airfox both successfully completed their ICOs, one raising $12 million and the other raising $15 million.

In November of this year, the SEC charged Paragon and Airfox for offering and selling securities without registration or an exemption to registration.

Once again, the SEC stated that they had warned issuers in the DAO report that if they offer and sell blockchain tokens that are securities, they must register unless they qualify for an exemption.

In addition, the SEC required Paragon and Airfox to register their tokens as securities with the SEC and offer their investors a refund in the amount invested plus interest, or if the investment was sold, any losses plus interest.

In the press release of the SEC’s enforcement actions against Paragon and Airfox, the SEC indicated that they were offering a path to compliance for companies that conducted ICOs in violation of the registration requirements under the U.S. securities laws. That is, to register the ICO tokens as securities and to offer investors a refund.

First Enforcement Action Against an Exchange Operating Without Registration 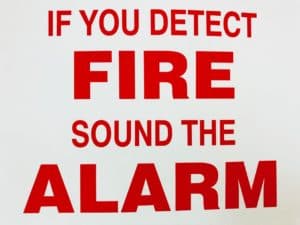 In the same month of the Airfox and Paragon proceedings, the SEC charged Zachary Coburn, founder of a company named EtherDelta, for operating an exchange without registration or under an applicable exemption. This is the SEC’s first enforcement action against an unregistered cryptocurrency exchange.

EtherDelta was a platform that facilitated the trading of ERC-20 tokens that were sold in ICOs.

The SEC found that some of the tokens that were being traded on the platform were securities. Thus, EtherDelta was required to register as a national securities exchange unless it operated subject to an exemption, such as the ATS exemption.

The SEC once again cited the DAO report, emphasizing that the trading on EtherDelta happened after the DAO report was published, which concluded that platforms facilitating securities trades, must register as a national securities exchange unless it qualifies for an exemption.

Coburn settled with the SEC, agreeing to disgorge profits and pay prejudgment interest and a penalty. In determining the penalty, the SEC took Coburn’s cooperation into account.

The SEC also charged promoters of ICOs in November.

Floyd Mayweather and DJ Khaled were paid to promote ICOs, but neither disclosed that they are receiving payment nor the amount that they are being paid. Once again, the SEC took this opportunity to express that Mayweather and Khaled’s promotions occurred after the DAO Report was published, which warned issuers that those that offer and sell securities must comply with U.S. securities laws.

In their settlement with the SEC, Mayweather and Khaled agreed to disgorge profits, pay prejudgment interest, and a fine. Mayweather agreed not to promote any type of securities for three years and Khaled, for two years.

The cases against Mayweather and DJ Khaled emphasize the importance of full disclosure to investors and serves as a warning to people promoting ICOs that they have to disclose that they are getting paid for their promotion and the amount of money they are receiving for their efforts.

Last week, the SEC charged the first crypto investment fund with violating the registration requirements of the Securities Act. CoinAlpha Advisors LLC (“CoinAlpha”) created an investment fund, CoinAlpha Falcon LP (the “Fund”) for the purpose of investing in digital assets in October 2017.

From October 2017 to August 2018, CoinAlpha accepted approximately $600,000 from 22 investors residing in at least five different states. These investors purchased limited partnership interests in the Fund in exchange for a pro rata share of the profits that the Fund received for their investments.

CoinAlpha had pre-existing substantive relationships with some of the investors and found others by publically soliciting them, including through blog posts, live and recorded conferences, and media interviews.

CoinAlpha attempted to comply with the SEC’s registration requirements by filing a Form D with the SEC and collecting questionnaires and certifications from investors as to their accredited investor status. However, their efforts fell short and CoinAlpha did not qualify for an exemption. As such, the SEC determined that CoinAlpha had violated the registration requirements under federal securities laws and fined them $50,000.

Unlike in the other enforcement actions in the ICO space, the SEC did not mention the DAO Report, but the CoinAlpha proceeding indicates that the SEC will pursue issuers for violations of securities laws despite lack of fraud and even where the issuer attempts to comply with the law.

As such, it is crucial for those in the ICO industry to create a compliance strategy before raising money, touting an investment opportunity, or facilitating the exchange of tokens.