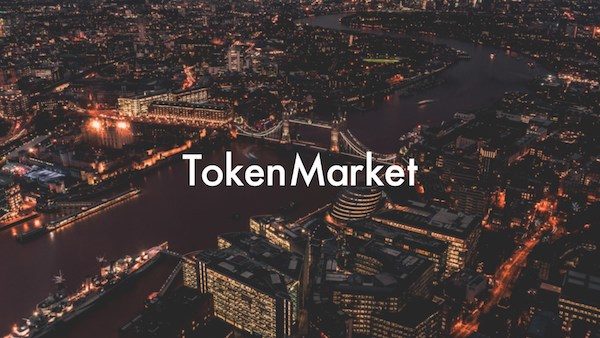 TokenMarket, a UK-based global investment platform, announced on Monday it has received approval from the FCA to run its Security Token Offering (STO) in the regulatory sandbox. According to TokenMarket, the offering is being conducted under existing UK crowdfunding rules, allow for up to €8 million raised before the company has to do a prospectus. The company is reportedly seeking £2 million, with 964 interested parties.

As previously reported, TokenMarket was officially accepted by the FCA into the organization’s regulatory Fintech Sandbox in July 2018. The TokenMarket STO is notably claimed to be the “first of its kind” in the UK. Since the company was founded at the end of 2016, it has reportedly helped to raise £240 million for 30 start-ups, which includes utility token offerings such as Storj, Fetch.ai, Civic, Dent, and Crypto.com. The company revealed:

“Today’s FCA’s approval is a critical step in securing a regulated and compliant ecosystem for STOs, a cheaper, easier way for companies to raise money. Once TokenMarket has completed its STO and exited the sandbox the Company will be able to organise STOs for UK and international companies looking to source growth finance by tapping TokenMarket’s pool of 170,000 investors.”

“We are delighted to announce the FCA’s approval for our STO, with the launch expected imminently. We look forward to exiting the sandbox, completing our fund raise and tokenised equity issuance, and then cracking on with launching STOs for other ambitious businesses. Access to finance is still a big issue for SMEs- it remains difficult and expensive, and this is holding back economic growth, and job and wealth creation.”

Hanley went on to add:

“We hope our own STO can demonstrate that you can use blockchain technology to transform the way capital is raised. At the same time, we want to offer our wide and deep pool of international investors the type of exciting investment opportunities that were previously closed off to them. We believe STOs promise nothing less that the transformation and democratization of capital markets.”

Earlier this year, the FCA issued a consultation on cryptoassets in order to provide clarity on the regulatory approach. The consultation was notably part of the UK Cryptoasset Taskforce’s recommendation for the FCA to provide additional guidance on the regulatory perimeter. The FCA is expected to publish a set of rules for cryptoassets this upcoming summer. Christopher Woolard, Executive Director of Strategy and Competition at the FCA, revealed at that time:

“This is a small but growing market and we want both industry and consumers to be clear what is regulated, and what isn’t. This is vital if consumers are to know what protections they’ll benefit from and in ensuring we have a market functioning as it should.”

Meanwhile, France is also moving forward to embrace blockchain technology, as well as the issuance of digital assets, by creating a regulatory regime that supports the issuance of utility tokens. This news comes around six months after the French Government issued a decree (Décret n°2018-1226 du 24 décembre 2018) outlining a portion of the utilization of blockchain for securities. It was reported that in regards to initial coin offerings (ICOs) the country took a rather unique step to draft legislation to support token issuances that are not deemed to be a security.