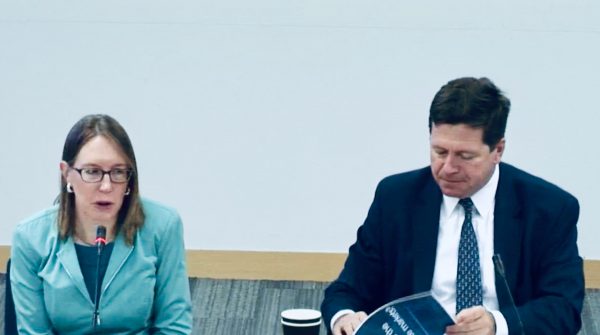 Yesterday, Crowdfund Insider reported on a speech delivered by SEC Commissioner Hester Peirce that outlined a safe harbor for digital assets that may not be regulated as securities. In brief, Rule 195, proposed that a token issuer has three years for a digital asset to establish itself as sufficiently decentralized and thus not fall under historic securities law.

To quote the below document:

“in order for a network to mature into a functional or decentralized network that is not dependent upon a single person or group to carry out the essential managerial or entrepreneurial efforts, the tokens must be distributed to and freely tradeable by potential users, programmers, and participants in the network. Additionally, secondary trading of the tokens typically provides essential liquidity for the development of the network and use of the token. The application of the federal securities laws to these transactions frustrates the network’s ability to achieve maturity and prevents the transformation of the token sold as a security to a non-security token functioning on the network.

Accordingly, this safe harbor is intended to provide Initial Development Teams [IDTs] with a three-year time period within which they can facilitate participation in, and the development of, a functional and/or decentralized network, unrestrained from the registration provisions of the federal securities laws so long as the conditions are met. The safe harbor is also designed to protect token purchasers by requiring disclosures tailored to the needs of the purchasers and preserving the application of the anti-fraud provisions of the federal securities laws.”

It is not yet quite clear as to where in the rule-making process Rule 195 stands but the US digital asset industry as a whole has rallied behind the proposal as a very positive step in facilitating innovation in the digital asset industry. Many industry participants have privately or publicly expressed their concern that the US was falling behind the rest of the world when it comes to digital asset issuance and the platforms seeking to facilitate these offerings.