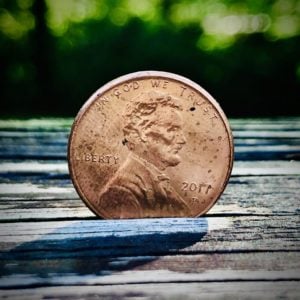 Governments throughout the world are struggling to deal with the devastating economic consequences of the deadly Coronavirus (COVID-19) pandemic.

“We’ve noted an uptick in dialogue and action related to national digital currencies… These developments are moving forward amid a global environment that is increasingly focused on tightening anti-money laundering (AML) rules to meet new standards.”

The report from BitOoda confirms that South Korea’s reserve bank has introduced a pilot program for releasing a central bank digital currency (CBDC). However, the Asian country has not yet committed to officially launching its own national digital currency. But it might decide to do so, if market conditions become favorable.

This development has come after South Korean authorities introduced legislation that recognized cryptocurrencies as part of the nation’s financial ecosystem.

France has also launched a program to test out the potential benefits of issuing a digital Euro to handle settlement.

“We find this approach notable, in that France … focuses on a specific use case as a means to assess the pros and cons of CBDCs, even soliciting applications to test the replacement of central-bank-issued money with a token for payments.”

The Bank of International Settlements (BIS), the ‘central bank of central banks,’ published a report in which it noted that developments related to the Coronavirus outbreak “could speed up the shift toward digital payments.”

The BitOoda team points out that the report mainly addressed the decreasing demand for cash due to its potential to further spread the virus. The Fintech firm adds that BIS’ report could “represent a significant endorsement of CBDCs as a growing number of countries begin exploratory or pilot programs.”

“Amid these calls and actions toward the pursuit of CBDCs, we also noted several indications that global AML rules are tightening, or at least that regulators want to move toward established standards such as those of the Financial Action Task Force (FATF) or Europe’s new AMLD5.”

The European Parliament released a study recently in which it noted that EU’s authorities must expand the definition of cryptocurrencies and the scope of platforms which may be subject to financial regulations.

The Financial Action Task Force (FATF) recently released a report in which it gave the United States a rating of “largely compliant” when it comes to following the agency’s crypto asset standards and guidelines.

The US did not get the highest rating (compliant) because of “minor deficiencies” in its AML and counter terrorism financing (CTF) rules.

Areas in which the US must improve include the threshold or limit for money services businesses (MSBs) to keep transaction details (it’s currently only needed for transactions over $3000 in the US, but the FATF wants records for all transfers over $1000).