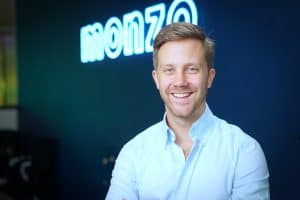 Top digital bank Monzo has raised £60 million in new funding at a significant decline in valuation reportedly a 40% haircut. A second tranche of funding may be forthcoming later this year.

It was reported last month that Monzo was seeking up to £100 million at the reduced valuation.

The news was first reported by Business Insider that said the firm was planning to let go up to 80 employees as the digital bank readjusts in the new COVID-19 world order.

It was only recently that CI reported that Monzo co-founder and CEO Tom Blomfield had decided to relinquish the top job and hand over the baton to US CEO TS Anil. Blomfield is expected to continue at the bank as President of the Fintech.

According to the report, new investors including Vanderbilt University and Reference Capital participated in the funding round. Existing investors Y Combinator, Stripe, General Catalyst, Thrive Capital, Passion Capital, Goodwater Capital, Orange Ventures, and Accel joined in the round.

It was only a year ago that Monzo raised a whopping $143 million at a valuation of around £2 billion. Today, that number stands around £1.25 billion.

Digital banks have been, and remain, a hot sector of Fintech but some observers have wondered about the outsized valuation of these firms – few of which (if any) are profitable. As is typical, investors focus on growth as a transition from brick and mortar banks to digital banks continues.

Many users sign up for a digital bank as a secondary bank provider maintaining existing relationships with traditional banks. Users can benefit from less costly services such as money transfers and international transactions while keeping one foot in the world of old banks. Many digital banks are fighting over the same user and the simplicity to add the app and sign up means consumers may have multiple digital bank apps on hand with services becoming fragmented.

Of note, digital bank Revolut has claimed it will hit profitability at some point in 2020 but it is not clear if COVID will create a detour to accomplishing this goal.