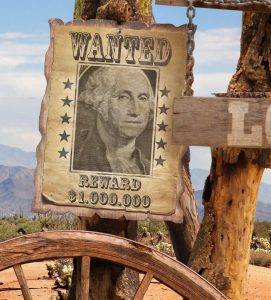 Current, an established US-based banking challenger serving Americans “overlooked” by traditional banks, revealed on August 4, 2020, that it is launching a points rewards program for all its members.

Current claims that it’s now the first US mobile bank to offer points rewards on purchases made with debit cards for its members, who have reportedly deposited more than $1 billion with the digital challenger.

As noted in a release shared with CI, Current members are able to earn as much as 15x points on purchases at more than 14,000 different merchants, which includes domestic businesses and national retailers like Subway, Rite Aid, True Value and Cold Stone Creamery.

Points can be earned “instantly” after making purchases at participating merchants and are redeemable for cash via the Current app at “a rate of 100 points per dollar.”

“We are committed to building products that put more money into our members’ pockets and help close the growing wealth inequality gap in this country. Over 130 million Americans are living paycheck to paycheck, and we are giving them additional cash back on their everyday purchases.”

Current members may be able to earn around $165 per year in cash back simply by swiping their Current Card at the gas station pumps. The company said that new offers will be introduced on a regular basis and members will be able to find various offers on a map that can be accessed via the Current app.

“With so many Americans working hard to make ends meet we will continue to build products that help improve our members’ financial situations. Reaching over $1 billion in deposits over the last year is a testament to the trust our members have put in us as their primary bank and that we are solving their banking needs.”

“The real problem [in the US] is wealth inequality … because of low and varying minimum wages from state to state, access to assets, and access to liquidity that is contributing to the cycle of debt for many Americans. There are 51 different minimum wages, 51 sets of rules, benefits, and unemployment benefits. The federal minimum wage is only $7.25 an hour and has not been raised since 2009. Some states like Louisiana and Alabama don’t even have their own minimum wage requirements.”

In June 2020, Sopp had confirmed that Current would remain focused on spending, as large banks are already “great” at lending and deposits. That same month, Current, a digital only challenger bank, reported that users have topped one million members with both April and May 2020 generating the most accounts.