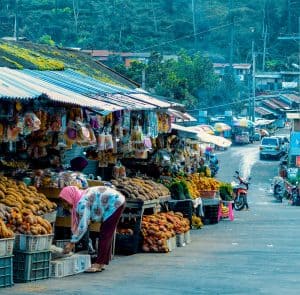 Local service providers continue to dominate the digital or e-wallet market in Indonesia, according to a recent report.

iPrice Group recently teamed up with App Annie, an app market data and insight firm, to provide the latest developments related to digital wallets in Indonesia (during the period from Q2 2019 to Q2 2020).

According to a study, local Indonesian online wallet providers have maintained their dominance by regularly offering special promotions and campaigns. They’ve also received support from the nation’s government which aims to make Indonesia a cashless society.

As first reported by Fintech News, GOPAY, Dana, LinkAja, and OVO are the top-ranked digital wallets in Indonesia, as they’ve been downloaded the most during the period from Q2 2019 to Q2 2020.

A separate study by Ipsos reveals that 58% of survey respondents chose GOPAY as the digital wallet they’re most comfortable or familiar with, and OVO was chosen by 29%, meanwhile DANA was selected by 9%, and LinkAja by only 4%.

GOPAY may be accessed through the Gojek super app, which reportedly has the highest number of monthly active users from Q2 2019 to Q2 2020.

OVO and Dana continue to rank in the top 3 digital wallets with the highest monthly active users. Both these companies are offering non-government online wallets which are mainly used for transferring funds (locally).

LinkAja is reportedly the only digital wallet that’s owned by BUMN, which is a state-owned enterprise.

The use of financial or Fintech apps in Indonesia has been rising. Most local residents prefer to use their mobile phones to access the Internet instead of using laptops or desktop computers, according to recent reports.

Data provided by iPrice and Jakpat reveals that 26% of 1,000 Indoensian survey respondents said they use e-wallets/e-money to make payments when purchasing items from online stores.

Fintech sector participants in Indonesia have revealed that Millennials are only saving 10% of their income due to low financial literacy.