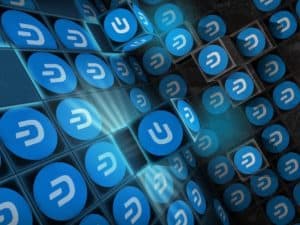 Dash Core Group (DCG), an organization focused on the development of Dash (DASH), a digital currency with a market cap of over $647 million at the time of writing (according to CoinGecko data), has released a new software update, called Dash Platform v0.15.

Dash aims to serve as digital cash that offers financial freedom which can enable greater financial inclusion. The Dash development team claims that payments are made instantly, and in an easy and secure manner, with “near-zero” transaction fees.

DCG is funded “directly from the blockchain” if the Dash network and community approves it.

The Dash development team noted that this would be the 4th release in the platform’s newly defined process, and its 5th release overall, where users may expect new functionality delivered after (approximately) every 6 weeks. The next code release should be delivered “sometime between October 6–20,” the Dash team confirmed.

“As usual, due to the breaking changes introduced in this release all data on Evonet has been wiped. Developers should make adjustments to their local setups to reflect this.”

The Dash development team explained that they’re introducing different versions of the digital currency protocol to make it easier for software developers to begin moving to a testnet (test network) and mainnet (main or production network). The Dash developers also mentioned that, previously, application developers had to wipe data on the Evonet and then upgrade their platform’s software modules after every new release.

“While this approach is fine for early testing, it is not appropriate for testnet and mainnet. To handle different versions of data, nodes, and clients all working in coordination, DCG developers introduced versioning that allows for the smooth rollout of breaking changes without affecting user experience.”

Some of the new features or functionalities include document binary properties where software engineers are able to more easily work with data contracts. Improvements have also been made to the Dash Platform Name Service (like having a default name feature). The platform’s JavaScript library has been updated, and some other improvements to its software distribution package have been made. (Note: for a complete list and explanation of all upgrades, check here.)

Dash is supposed to work as a medium of exchange, meaning it can be used to pay for everyday goods and services. There have been many reports of Dash being used in South American countries like Venezuela, where the nation’s fiat currency, the Bolivar, has become practically worthless due to rampant corruption and crippling international sanctions.

In July 2020, the DCG officially announced the release of Dash Platform version 0.14.

Dash is a fork of the Bitcoin (BTC) protocol that focuses on digital payments. Dash has introduced many “industry-1st innovations” such as masternodes, LLMQs (which help with InstanSend transactions), ChainLocks (a design feature that aims to prevent 51% attacks), and InstantSend.

In an interview with Crowdfund Insider, Glenn Austin, the CFO at Dash Core Group explained why Dash (DASH) is not a “privacy coin.”

Many coins have been delisted by crypto exchanges because they are considered privacy coins. Exchanges that are looking to obtain an operational license need to be able to confirm and show the origin of funds, which can be difficult when using privacy coins because they may hide the sender and recipient’s addresses.