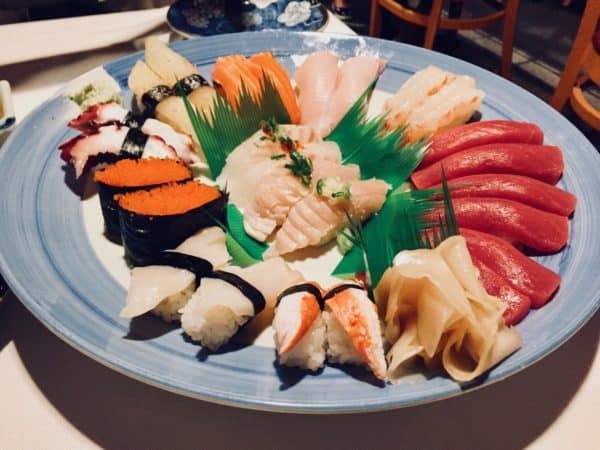 Blockchain-powered apps are designed to be more open and transparent than their traditional versions. According to Coinbase, this can be beneficial because individuals and organizations are able to inspect these projects and can also confirm that everything is working as it should.

However, it’s also possible to easily copy source code and change a few things, in order to launch a “fork” or update of the project.

“As the decentralized finance (DeFi) ecosystem grows, some projects are beginning to enjoy strong product / market fit, with real revenue streams. So it’s no surprise that the community is now wrestling with the implications behind protocol wars — the ability for anyone to fork a successful project and try to steal their market share.”

“Protocol wars kicked off in late August when an anonymous group of developers suddenly announced Sushiswap, a new Decentralized Exchange (DEX) copied almost entirely from Uniswap, but with one small tweak: Sushiswap would add a $SUSHI token, acting as both a governance token (holders can vote on proposals and modifications to the platform), as well as accruing 0.05% (5bps) of all trading volume on the platform.”

The Coinbase team claims that simply adding the SUSHI crypto token wasn’t exactly groundbreaking. However, Sushiswap’s developers had claimed that their model offers better rewards or incentives for liquidity providers (LPs). If their claim is true, then Sushiswap may be able to gain more liquidity than Uniswap. This could potentially lead to improved trade execution for traders, and also more volume for the Sushiswap platform. This market is quite large as Uniswap is generating over a million dollars in fees every 24 hours (which are mainly paid out to LPs), Coinbase noted.

The exchange pointed out that Sushiswap has also adopted yield farming which it claims is a a “fair” token-distribution mechanism. According to Coinbase, it’s “a clever path” to move Uniswap’s liquidity to Sushiswap.

It basically works like this: supply liquidity (such as with Ethereum or ETH and stablecoin USDC) to certain Uniswap pools, which provides “Uniswap-LP-Pool-Tokens” that represent a user’s share of liquidity in those pools.

The end result of all this is that Uniswap’s liquidity can be automatically migrated to Sushiswap, which is fueled by traders and investors looking to get their pro-rata share of SUSHI tokens. Coinbase further notes that SushiSwap has basically bootstrapped a new non-custodial or decentralized exchange while “crippling the incumbent.” The exchange refers to this as “an all-out liquidity war.”

Coinbase also mentions that almost $2 billion in Uniswap-LP-Pool-Tokens have now been deposited to Sushiswap smart contracts. This has allowed depositors to earn rewards in $SUSHI tokens. The exchange revealed that the yields for the Sushiswap stakers “topped 1000% APY at times, driving the surge.”

Coinbase also noted that the SUSHI token has been listed for trade on DEXs and a few centralized exchanges. The token’s price had increased dramatically and it’s market cap managed to reach $300 million.

But then the token’s price dropped as a large number of tokens were minted to yield farmers, some of whom wanted to just sell the tokens as fast as they could, in order to make quick profits.

As noted by Coinbase:

“The drop prompted the anonymous lead developer (“Chef Nomi”) to sell a $14M chunk of $SUSHI tokens to secure long-term funding. However this was a shock to the community and a betrayal of trust (he previously committed to avoid selling any tokens), and he was ousted from the project (later issuing an apology and returning the funds).”

Despite these issues, the SushiSwap protocol and platform has “taken on a life of its own,” Coinbase claims. It’s focused on making “potential integrations with other blockchains like Solana, and charting their own path.”

As reported, Uniswap’s developers launched the $UNI governance token and also airdropped around $1000 in $UNI to all previous or existing Uniswap users, which was done to reward their past contributions and also to show appreciation for their “loyalty.”

“[These wars between DeFi protocols like Uniswap vs. Sushiswap] resemble a twist on blockchain forks, like Bitcoin vs Bitcoin Cash or Ethereum vs Ethereum Classic — but with applications rather than blockchains. Similar to forks, these applications must rapidly garner a community, demonstrate a superior product, and hope to overtake the incumbents. But just as we have seen with blockchain forks, you cannot fork a community, its developers, the trust it has built, or its brand and mindshare.”

The exchange also argued that this “bodes well for the future of DeFi” because it encourages project developers to work hard to move the industry forward.