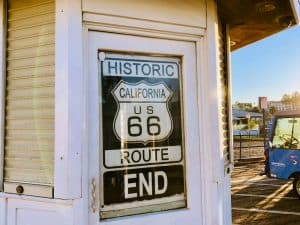 The United States has one of the most fragmented regulatory environments for financial services in the world. Frequently, a financial service provider will need to adhere to both state and federal rules along with an alphabet soup list of regulators. While the current leadership of the top federal bank regulator (the Office of the Comptroller of the Currency) is enthusiastic about Fintech innovation – the upcoming election may flip that all around. To date, Only a single digital-only bank has completed the entire federal bank charter process, Varo Bank, an odyssey that took years to complete.

According to a recent report by CNBC, Revolut, a top UK based digital bank, has decided to pursue a bank charter in the state of California to boost its expansion in the US.

Revolut officially launched in the US this past spring. The official launch was preceded by several months of beta operations providing a limited stack of bank-like services to US customers.

But operating a bank in the US is far different than a more concentrated market like the UK. The jumble of regulations and political fiefdoms is joined by regional differences and hundreds of small banks, S&Ls, and credit unions – not to mention money center banks. By pursuing a bank charter in the state of California, Revolut will gain better access to the inhabitants of California – the most populous state in the US with around 40 million individuals.

If and when Revolut is approved by state regulators, the digital bank will be able to establish relationships with other banks via interstate agreements, according to the CNBC report that references people with knowledge of the matter. The same report claims that Revolut currently has around half a million US users but it is not clear if all of these accounts are active or not.

Revolut has generated admirable success in the UK along with a steep multi-billion-dollar valuation but there is no guarantee the Fintech will be able to replicate traction experienced in the UK across the Atlantic in the US. The digital bank has yet to turn the corner on profitability too. At one point, Revolut founder and CEO Nik Storonsky predicted profitability during 2020. It is not clear if COVID has delayed this milestone. Regardless, Revolut has its work cut out for it broadening its platform in North America.