Copenhagen-based Danske Bank (CPH: DANSKE), a major retail bank with more than 5 million retail customers, has partnered with Fintech firm Zenegy in order to launch a new service that will automate the processing of payments made with corporate cards.

The payment processing service will be introduced in Denmark before it is offered in other Nordic region countries. The new service may be accessed via an app that allows companies and workers to track their vouchers and outstanding payments for purchases and outlays made with their Mastercards. 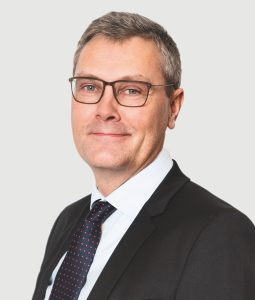 “Many of the small and medium-sized businesses are today challenged by time-consuming, manual workflows, for example when processing vouchers for business purchases. This shows on the bottom line. We want to help them with that, and we consider it only natural, and also efficient, to offer this service as part of the customers’ business relations with us.”

Danske had reportedly acquired an 11% stake in Fintech firm Zenegy in 2019.

It’s worth noting that Danske Bank has been accused of laundering $234 billion back in February of last year. As previously reported, Danske Bank had been ordered out of Estonia last year for its alleged role in laundering hundreds of billions of dollars for Ukrainian, Azerbaijani and Russian clients. Danske had announced that it would be, “clos(ing) down its banking activities in the Baltics and in Russia.”

Baltic countries have been under something of a microscope in the wake of the Danske Bank scandal, which the Guardian has characterized as, “probably the largest ever money-laundering scandal in history.”

Earlier, in November 2018, Danish authorities had charged Danske Bank with laundering €200 billion (appr. $225 billion) allegedly through its Estonian branch on behalf of, “…shell companies in Russia and the former Soviet Union with ties to Russian authorities.”

Danske Bank has closed its Estonian branch and apologized for the social harm its activities may have precipitated in the Baltics.