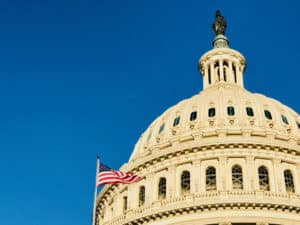 Last week, the Senate Banking Committee voted to 14-10 to move forward with Gary Gensler’s nomination as the Chairman of the Securities and Exchange Commission. On the same day, the vote was taken on Rohit Chopra and his nomination as Director of the Consumer Financial Protection Bureau (CFPB) with a slightly different outcome as Chopra split the vote along party lines ending in a 12-12 tie. Under Senate Resolution 27, the vote on Chopra’s nomination can still take place in the full Senate.

The Committee Chairman, Senator Sherrod Brown, lauded both individuals as showing a “deep knowledge of both the markets and the reality of the economy that most families live in.”

Ranking Member Senator Pat Toomey said he would not be supporting either Gensler or Chopra as he feared they would impose burdensome regulations and advance a liberal social agenda on each agency.

In the end, the support of two Republican Senators should mean that Gensler will take the helm of the Commission quite soon.

If the vote on Chopra remains along party lines, Vice President Kamala Harris will break the tie – something she has already done a handful of times.

Gensler’s knowledge of blockchain, as well as Fintech, helped him garner the vote of Republican Senator Cynthia Lummis from Wyoming – a state that has embraced financial innovation. While it is not yet clear as to how Gensler will manage financial innovation at the Commission many pundits expect a greater emphasis on enforcement and investor protection than during the tenure of his predecessor.