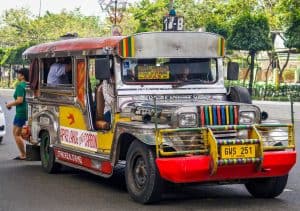 Philippines-based digital and financial services company Voyager Innovations has secured $167 million in capital for its expansion program, which includes a venture into virtual banking, its listed and largest shareholder confirmed on Monday (June 28, 2021).

Voyager, which currently serves millions of residents in the Philippines via its digital wallet, virtual payments and remittance services, has welcomed a unit of the World Bank’s International Finance Corp as a new investor in the company.

As reported by Reuters, the Fintech company stated that it had submitted an application for a virtual banking license with the reserve bank in the Philippines. The central bank has so far provided three local firms an approval to operate as a digital banking platform.

Only a third or 33% of Filipinos currently have access to formal bank accounts, which means they’re among the lowest in Asia, giving Fintechs in the country a good opportunity to expand their business and offer modern financial services to a large number of users.

As covered, Philippines-based neobank Netbank reveals that it has decided to join the Mastercard Fintech Express program which should allow it to access a wide range of all-digital products. Netbank will also be able to issue debit and credit cards under its partners’ brands.

As reported recently, the Rizal Commercial Banking Corporation (RCBC) has introduced a digital transformation initiative with assistance from the Rural Bankers Association of the Philippines (RBAP). The new project will be supporting the SynerFi Open Finance Network.

Earlier this month, Philippines-based virtual bank Tonik revealed that it has managed to acquire a digital banking license from the Bangko Sentral ng Pilipinas (BSP), the nation’s central bank. Before receiving this license, Tonik had been offering services under a rural banking license (since 2019).