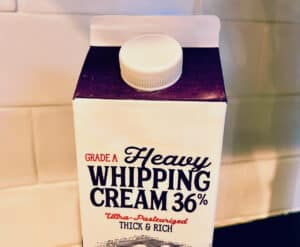 C.R.E.A.M. Finance, a decentralized lending protocol, has revealed that it will be “the first” protocol in the decentralized finance (DeFi) space to provide a Euro-backed stablecoin in, “with the addition of Tether tokens pegged to the euro (EURt).”

“We see a huge pent up demand for euro based stablecoins in the DeFi space. We’re excited that C.R.E.A.M. Finance is the first DeFi platform to support Tether tokens pegged to euro (EURt) for yield earning services.”

C.R.E.A.M. Finance users may get access to EURt for lending and borrowing markets, “amid increasing demand for euro-pegged stablecoins among its user base,” according to note shared with CI. Users are also able to obtain access to Tether tokens “pegged to USD (USDt) on C.R.E.A.M. Finance.”

“Tether is a pioneer and leader in USD stablecoins with Tether tokens pegged to USD (USDt), a product that is a critical piece of the DeFi infrastructure. We believe that C.R.E.A.M. Finance can further DeFi’s growth into the Euro-denominated market as a launch partner in EURt.”

EURt is growing in popularity across the crypto token space with Bitfinex and BitStamp now listing new Tether EURt pairs in order to support the rising demand, the announcement revealed. The release also mentioned that the listing of these pairs provides traders or investors active on these platforms “additional fiat onramp options when looking to earn a yield in euros.”

The euro is the official currency for 19 EU member states and is “the second-largest reserve currency and the second-most traded currency in the world after the US dollar,” the announcement confirmed.

C.R.E.A.M. Finance is described as a decentralized lending protocol for individuals, institutions, and protocols to gain access to digital financial services. Part of the yearn finance ecosystem, it is “a permissionless, open-source and blockchain agnostic protocol serving users on Ethereum, Binance Smart Chain and Fantom.”

It’s worth noting that Tether Ltd along with closely associated firm Bitfinex, a part of iFinex, has been involved in several major lawsuits, including one from the NYAG. Most of the allegations against Tether & Co. state that the companies do not have the required deposits or other assets to fully back the amount of Tether stablecoins in circulation.

Industry experts have argued that Tether may be the most significant systemic risk to the nascent cryptocurrency sector but a temporary one that the industry may be able to overcome in the long-term.