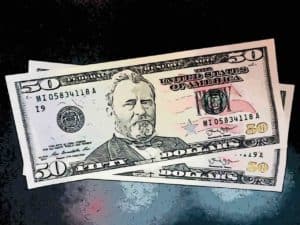 C3 Protocol, a decentralized capital market powered by a cross-margin cross-collateralization clearing engine protocol, this week announced a $3.6 million raise, which was led by Arrington Capital and Jump Capital. The platform’s goal is to build an all-in-one capital market for spot and derivatives trading. In doing so C3 Protocol said it will unlock siloed liquidity and build an entirely new experience for cross-chain trading. Additional backers in this round include Digital Currency Group, Blockchain.com, Golden Tree Asset Management, Cumberland, ParaFi Capital, Mechanism Capital, Borderless Capital and Node Capital.

The company was founded by the team behind Rand Labs, a 40-person development house behind MyAlgo Wallet and AlgoExplorer, products in the Algorand ecosystem with more than 200,000 users. To create this hub for cross-margined trading, C3 will leverage cross-chain messaging technology native to Algorand.

“This will allow the protocol to connect directly with Ethereum and other blockchains in a fully decentralized environment, with C3’s trading suite acting as a hub for cross-chain liquidity where users can lock collateral from multiple chains. Connecting to as many chains as possible is essential to the solution,” said Pablo Yabo, CEO of Rand Labs.

C3 Protocol said it believes DeFi liquidity is currently fragmented not just between blockchains, but between protocols within individual chains. This fragmentation reduces capital efficiency, as market makers must hold excess collateral since their capital is segregated across venues. This fragmentation hinders on-chain risk management and fractures user experience.

Instead, C3 Protocol offers a single decentralized stack where users can access any market without having to move their collateral across different venues.

“The reason why cross-margining in DeFi hasn’t been achieved before is because the entire stack needs to be built and controlled by the same protocol,” said Michel Dahdah, co-founder of C3. “We plan to build it all the right way.”

On C3 Protocol, users can lock collateral in one place and utilize existing positions as collateral for new positions. In the same way prime-brokerages act as a hub for collateral management in traditional finance, its decentralized portfolio-margining reimagines DeFi collateral management and leverages the money lego ethos to enable a more capital-efficient and interoperable DeFi experience.

By building the entire DeFi stack — order-book, derivatives and money markets — on top of a global clearing engine, C3 Protocol believes it will ultimately close the gap between traditional finance and on-chain markets.

“C3 is an ambitious idea,” Arrington Capital partner Ninos Mansor said. “It bridges the gap between TradFi and DeFi trading by completely rethinking how we manage collateral across both blockchains and DeFi protocols. We are excited about this team not just because they have proven themselves as a powerhouse for development on Algorand, but because they think big. They are taking on one of the biggest challenges in all of DeFi, a pain point that will continue to grow as DeFi becomes increasingly multi-chain.”